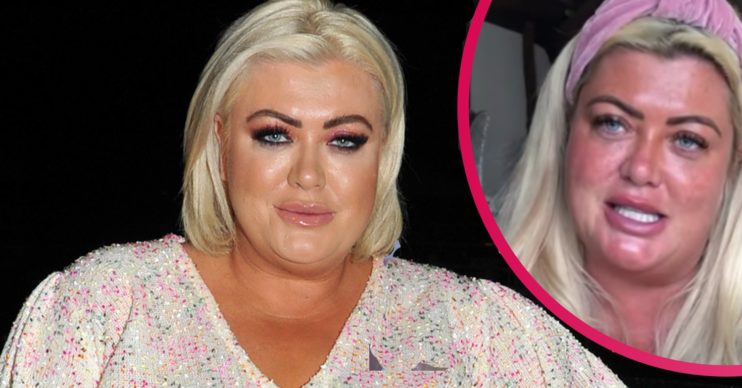 Fans praised the reality star for her brave honesty

The former TOWIE star, 39, revealed on Loose Women that she suffered a miscarriage during lockdown.

The GC shared in view of her some 1.9 million Instagram followers:

“Thank you so much for all your love and support after my @loosewomen today means the world to have your support.”

Several of Gemma’s celebrity pals offered their support in the comments section.

Fans thanked Gemma for opening up about her battle with PCOS and fertility struggles.

One fan praised: “Thank you for talking about PCOS and the many troubles this conditions brings us.”

And another gushed: “Just watched you Gemma! Great to speak out about these sensitive issues, thank you. Sending you love.”

In the interview, Gemma explained her tragic loss, and that she hadn’t known she was pregnant.

Gemma has suffered from several miscarriages

She told the Loose Women panel: “It was really difficult for me in isolation because, as you know, with my condition of PCOS, it’s not easy to fall pregnant and I did suffer a miscarriage which was really sad during the lockdown period.

“I have suffered with it for the last 10 years. I started to gain weight when I was 28, my periods were all over the place. I’ve suffered miscarriages.

“I did go through a very sad miscarriage in lockdown. Due to PCOS I just thought that I was having an unusually heavy period. I actually left it 10 days.”

Gemma added that she isn’t giving up on her fertility battle.

She explained: “I will have a baby and I do want a baby. And also, every mother will know this, I want to feel motherhood… I’ve not had the physical experience of being a full time mum. I don’t want that robbed from me in my life, that would be a travesty.”

On Gemma’s BBC podcast, she has spoken of suffering a miscarriage in 2012.

She said: “But I actually gave birth to a child, sadly, and basically the child was four months old, basically I had a miscarriage but obviously the baby was formed and it died in front of me.’

“I had to go to the hospital and my mum was there. I can remember my mum being really upset, I was in shock, I was upset.

“That was really a shocking moment for me. But this is what I’m saying, I can talk about it now. Things sometimes are not meant to be.”