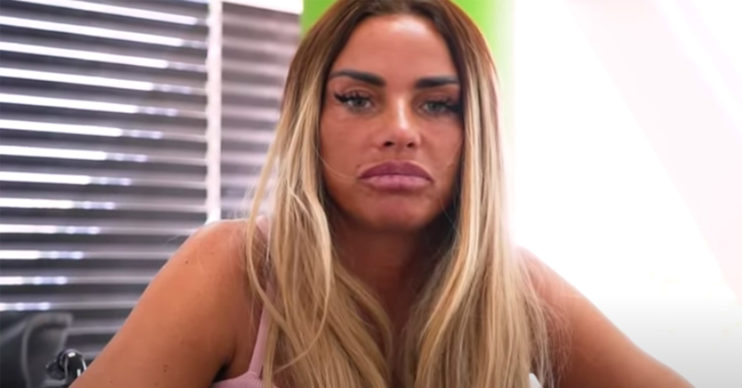 Katie will need a mobility scooter

Katie Price faces a two-year recovery after she broke both of her feet.

The 42-year-old reality star fractured both heels when she jumped off a wall at the Land of Legends theme park in Turkey.

After originally being told the recovery process would take between three and six months, doctors have now told her it may take two whole years for her to be back to normal.

A source told The Sun Online: “Doctors are saying she won’t be able to walk for six months, or put any weight on her feet.

“She needs major surgery on her feet ASAP as it’s worse than anyone realised.

“The recovery could take up to two years. She won’t even be walking around until well into 2021. She’s really upset and can’t believe it’s this bad.”

She wrote: “Just finished my appointment with my consultant and surgeon about my feet.

“After further scans, the news is absolutely devastating.”

Fred is a famed physiotherapist, and previously worked with Foo Fighters frontman Dave Grohl when the rockstar broke his leg during a gig in Sweden in 2015.

An insider recently said: “Katie is working with Fred Murray from Remedy – he’s the best in the business and one of the top people in the UK.

“He’ll need to teach her to walk all over again as her feet heal – it could take months but if anyone can do it, he can.”

She said: “It looks like now my life has to change for the next few months because I can’t walk.

“I’m trying to find a mobility scooter and a wheelchair that I can use. I can’t go on crutches because I can’t put any pressure on my feet.

“[It’s] something that I wouldn’t of chose to do, but it’s happened and now I have to deal with it [sic].

“I’m gonna have to move house, I can’t live like this on my own.”