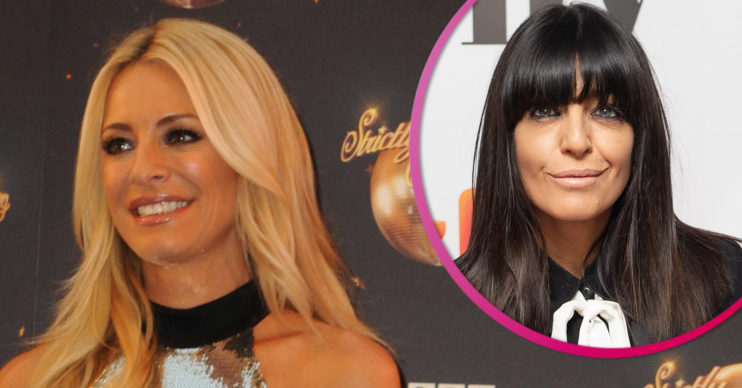 Strictly Come Dancing is expected to return later this year

Tess Daly and Claudia Winkleman have reunited to film the ‘Best Of’ Strictly shows.

The hosts enjoyed a socially distanced reunion as they got back to work for the show, which will air in September.

What did Tess Daly say about her reunion with Claudia Winkleman?

Tess wrote: “Dreamy being reunited with @claudiawinkle today for some (socially distanced) filming for our ‘Best Of’ Strictly shows – on TV in September.”

Replying to one fan, Tess said about the new series of Strictly: “The series will be live; just a few weeks later.”

Fans were thrilled to see the pair together again.

One person said: “So excited to relive some great shows. As the pro tour was rescheduled for next year, I am getting withdrawal symptoms.”

Another wrote: “Looking forward to Best of Strictly.”

A third added: “Can’t wait, love anything to do with strictly, watched it from the beginning.”

When does Strictly Come Dancing 2020 start?

Rehearsals for the new series are due to kick-off at the end of the summer.

The show will then air in late October, and preparation has already been made to keep rehearsals safe.

Can’t wait, love anything to do with strictly, watched it from the beginning.

Meanwhile, judge Bruno Tonioli is expected not to return, reducing the judges to just three.