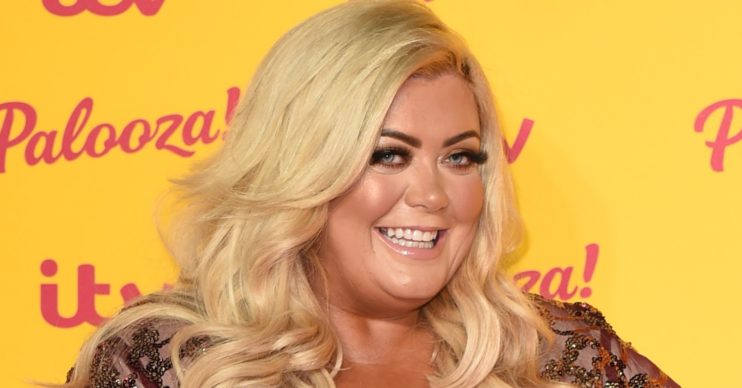 Gemma Collins looked confident as she posed in “no filter” swimsuit pictures during her Greek island getaway this week.

The former TOWIE star, 39, shared enviable poolside snaps of herself posing in a leaf-patterned swimsuit at a hotel in Mykonos today (Wednesday, July 29).

And in the caption of the pictures – which Gemma said had not been edited or touched up – the TV diva sent her followers “good vibes”.

What did Gemma Collins say about her swimsuit pictures?

Fans rushed to praise the pictures, calling her a “goddess” and telling the GC she looks “gorgeous”.

One follower said: “Gemma, I wish I was there with you now! How amazing do you look too.”

A third told her: “Glowing! The GC is back.”

“Looking gorgeous as ever,” someone else said.

Looking gorgeous as ever.

“I’m following your weight loss journey with interest,” said another. “You are doing brilliantly and you look amazing. Never again get yourself a man who shames you and tries to make you feel bad about yourself.”

They added: “You’re worth so much better. Well done!”

It follows reports the reality star had to put an end to her turbulent relationship with James Argent, after he reportedly called her a “hippo” in a string of nasty text messages.

Read more: Gemma Collins fans beg her not to take James Argent back after he sends her ‘vile’ message

Happy Valentine’s Day to my GC, I’m so lucky to have a one in a million & very special girlfriend like you. You’ve stuck by me through my best & my worst times. You love me just as much when I’m obese as when I’m skinny. Your loyalty & support means everything. I’m gonna make it up to you & Turn things around. I’ll be the best partner I can be. Love you always, Arg ❤️

‘Devastated’ after her break-up

Following their split, Gemma wrote about her on/off boyfriend on Instagram, sharing a series of text messages that have since been deleted from her profile.

In one, reality TV star Arg reportedly compared her to a hippopotamus.

She wrote of her heartache: “Hey guys, as you can imagine I am absolutely heartbroken right now, shocked, totally in pain, and can’t pretending I’m all smiles over the gram.

What do you think of Gemma’s latest holiday pics? Leave us a comment on our Facebook page @EntertainmentDailyFix and let us know.