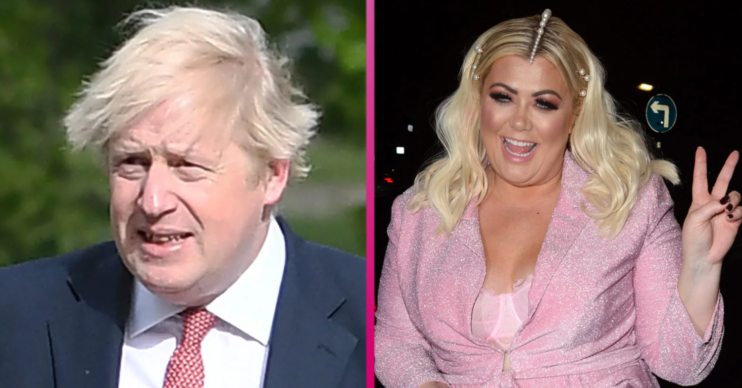 Gemma Collins has defiantly told Prime Minister Boris Johnson to “move over” as she wants to take on his role.

The 39-year-old is adamant she could do a better job than the current Conservative party leader.

And it appears her key policies would certainly win some voters over – promising free ice cream, swimming pools and endless money!

Speaking on her BBC Sounds podcast, Gemma explained: “If I was to be Prime Minister for the country I would definitely make things a lot more fun.

“Sunshine every day, ice creams for free, everyone has to have a swimming pool – a bog standard necessity – we’d only work three days a week and then you could party the rest and you still got the same salary.”

The TOWIE veteran revealed she’d even give Downing Street a GC-style makeover, including a pink door and a matching carpet for special announcements.

Gemma continued: “When the GC rolls out to make an announcement to her people, she’d be coming along a pink carpet, there would be music, there would be a glass of champagne as I was delivering a message to the nation.”

She would also only issue “happy news so people didn’t have to think about bad things”, ban animal cruelty and give the nation more holidays.

The Diva Forever star concluded: “That would be a good future for everyone.

“So GC for Prime Minister, move over Boris, the GC is in town.”

It’s been a rough few weeks for Gemma after calling it quits with on/off boyfriend James Argent.

They reportedly put an end to their seven-year romance after Arg claimed he wanted to be in an open relationship.

Following their split, Gemma exposed Arg on Instagram by sharing a series of brutal texts.

In one Arg reportedly compared her to a hippo.

Addressing their split, she said: “Hey guys as you can imagine I am absolutely heartbroken right now, shocked, totally in pain and can’t pretend I’m all smiles over the gram.

Thankfully, Gemma isn’t letting the drama get her down.

She was recently spotted showing off her weight loss in the sunshine yesterday (July 22).

Taking to Instagram Stories, the GC filmed herself jumping into a pool as she told followers to relax.

She said: “Guys, I think there’s a lot of stress. People are all a bit stressed out at the minute.