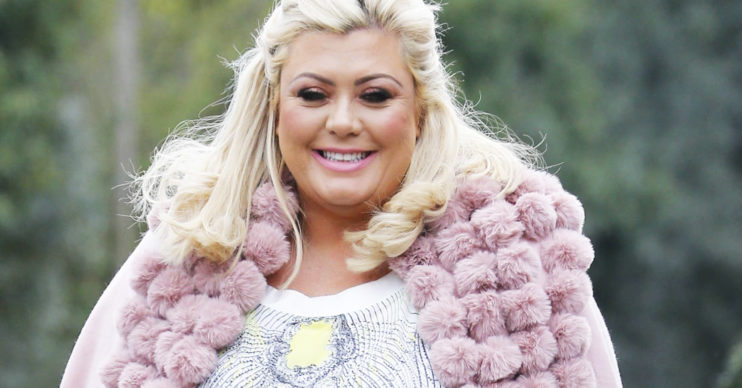 Gemma Collins stuns as she strips off in sultry bikini display

Gemma Collins is proudly rocking a bikini on her hols.

Gemma Collins looks trimmer than ever in her latest bikini snap.

The GC, 39, looks like a Goddess as she poses on her latest holiday.

The pic was likely taken in Portugal, where she just enjoyed a sun-filled trip curtesy of Wizz Air.

How much weight has Gemma Collins lost?

The former TOWIE star is the new face of the budget airlines, and has been jetting all over Europe on their behalf.

Gem captioned the pic in view of her some two million followers with: “E.V.O.L.V.I.N.G.”

Fans and her celeb pals gushed over how fantastic she looks.

Read more: Kerry Katona drops management and tells fans to be “your own heroes”

A fan penned: “Crazy how much weight you’ve lost Gem,” and another posted: “Well done Gemma, you are looking fab x.”

The Diva Forever reality star says she has lost three stone over the last year.

She recently put it down to SkinnyJab, for which she is an ambassador for.

Gemma has previously said this has helped her not eat for hours at a time.

Earlier this week she also shared on Instagram: “FEELING HEALTHIER then EVER. Thanks to @skinnyjab this is all about health and guess what YOUR HEALTH is YOUR WEALTH @skinnyjab @curvykate.”

Kerry Katona, 39, is also an ambassador for the weight loss tool, and says it helped kickstart her new healthy lifestyle.

Gemma says she is “evolving”

On the brand’s official website, Kerry is credited as losing two stone with them.

Here, she shares: “The team are absolutely amazing, you get one to one support throughout your whole journey.

“You also get a full dietary and after care program. They’ve really helped me get to my final goal weight and I’ve never felt more fabulous!”

As for Gemma, her fabulous new look could be just what she needs to get over her ex.

She broke up with her long-term boyfriend, James Argent, this summer.

She shared screenshots of unpleasant text messages she says she received from her fellow former The Only Way Is Essex star.

In the messages he allegedly calls her a “fat [bleep]” and a “hippo”.

Gemma has since been linked to a wealthy Essex businessman, Nadir Gul.

However, both Nadir and Gemma have gone on to adamantly deny the claims.