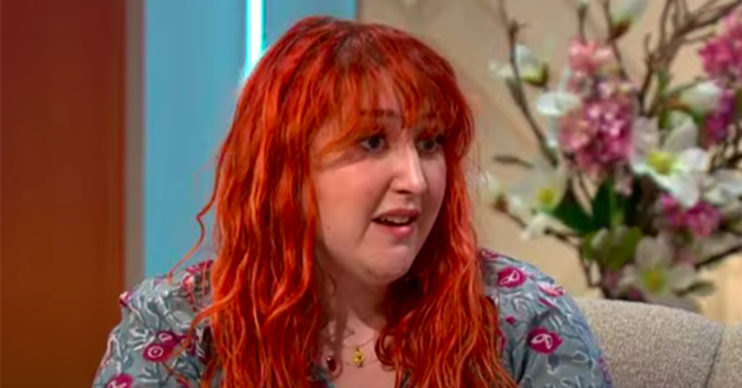 Jonathan Ross’ daughter Honey has lashed out at Instagram after her photo was removed.

The writer, 23, says the social media platform removed a photo of her posing in a bikini.

She has branded the action as “fatphobic”.

She shared the official warning she received from Instagram which stated her post “goes against our community guidelines”.

Honey’s fury over her bikini photo being deleted

Sharing to her some 36,000 followers via her stories, she tagged the screenshot with: “@instagram why don’t you just say you hate fat bodies?”

However, earlier this week, Honey hit out on Instagram.

She posted: “I’m not even joking, someone in my comments saying I’m going to die of heart disease is in my DMs asking me out. You couldn’t write it.

“For the overwhelmingly lovely DMs I’ve received – thank you so much and I wish you all the most beautiful journey of self love and self acceptance.

“Let today be the day you start being kind to yourself and your body.”

Honey is a body activist and writer

In addition, she said: “Truly there’s only a handful of people being outwardly fatphobic.

“And it really does not affect me in any meaningful or long lasting way – more like a momentary annoyance and an anger that what they’ve said would really hurt someone with less of a hardened shell than I have.”

My WAP runneth over

Honey is a body activist and believes fat shouldn’t be seen as a bad thing.

Meanwhile, this week she appeared on Loose Women.

She said: “I think fat is a good word, from the age of 18 I turned my views around and am comfortable in my fat body.

“You can be fat and happy!”

In addition, she went on to say that she read online abuse aimed at her over her weight from the age of 13.

Honey told the ITV panel: “I was 13 and some paparazzi photos – I didn’t choose who my parents were.

“I was in the spotlight without any consent or input and so paparazzi photos of myself and my family would appear online.

“And people would be like, ‘Look at that little hog.'”

Meanwhile, in the same interview, Honey hit out at dad Jonathan and mum Jane Goldman.

Honey says her parents put her on diets as a teen

In addition, she says they put pressure on her to diet as a teen.

She said: “They tried to give me solutions to a problem I brought to them, which was to lose weight. They presented me with diets and diets, as we know, don’t work and are absolutely toxic.

“My advice to parents is keep that as far away from your children as possible, if you want them to have a good relationship with food and their bodies growing up do not shame them.”