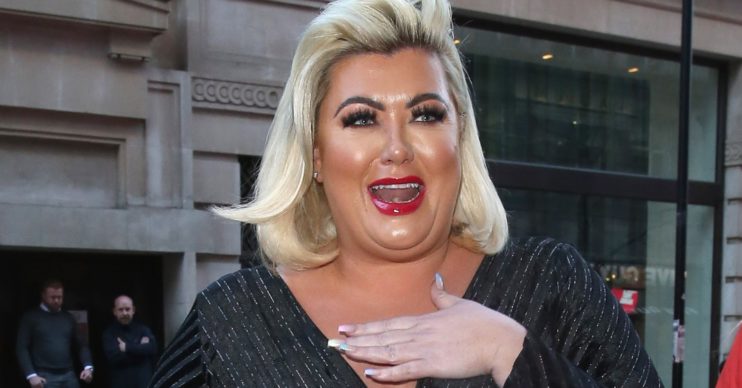 Gemma Collins has admitted on her podcast that she didn’t know bills even existed until she got her own place when she was 30.

The former TOWIE diva, 39, admitted she had it “far too good” when she was living at her family home.

What did Gemma Collins say about bills on her podcast?

The GC confessed that when she got her first water bill, she had no idea what it was and had to ask her dad.

And as the other inevitable bills followed, including demands for TV licence fees and council tax, she got the “biggest shock of her life”.

She revealed on The Gemma Collins Podcast: “I didn’t move out till I was 30 years old.

“I had it far too good at home. I remember calling my father and saying, ‘What the hell is a water bill!?’

“Then the council tax, then the Sky, then the TV licence. I had the biggest shock of my life!”

It’s not the first time the star has shocked on her podcast.

I remember calling my father and saying, What the hell is a water bill!?

In July, Gem said she doesn’t think she is a human being.

The reality star explained that she would even like to have a baby with an alien.

In a conversation with pal Lucas about the origins of life on Earth, the Dancing On Ice star said: “I’m not convinced still that I’m a human. I feel like I’m a extraterrestrial some days.

“I feel like people look at me like I’m an extraterrestrial but I like it, I like to be different. If we were all the same, life would be boring. So this really got me thinking where we came from.”

Read more: Gemma Collins hits out at brands who she says refused to dress her as a size 14

In another episode earlier this year, Gemma shared an outrageous theory about Buckingham Palace and the Queen.

She claimed there are lizard-like creatures using a network of underground tunnels leading to the Monarch’s London pad.

Are you a fan of Gemma’s podcast? Leave us a comment on our Facebook page @EntertainmentDailyFix and let us know.