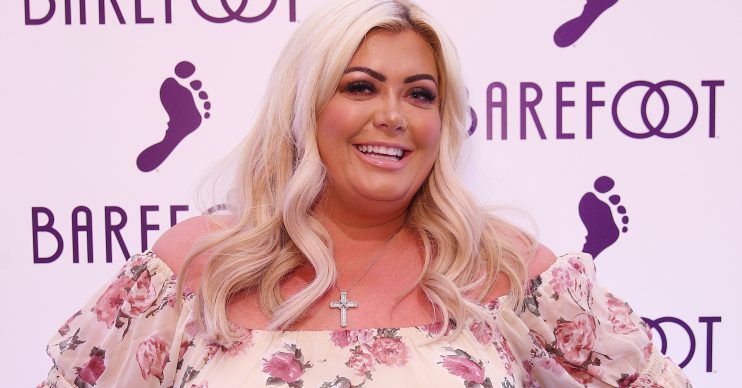 Gemma Collins has flashed her bum in a pink swimsuit as she sent a message to her fans.

The former TOWIE star took to Instagram on Tuesday to celebrate reaching 1.4 million followers on the social media site.

Gemma, who has lost three stone, shared a snap of herself flaunting her bottom in a thong one-piece as she glanced over her shoulder with her hair curled.

THANK YOU 1.4 MILLION FOLLOWERS✌🏻 you won’t be disappointed I have some very exciting announcements to make some big secrets that I have been working on DIVA is BACK @itvbe also this summer ✌🏻to anyone who ever doubted me KISS MY ASS ✌🏻 people pay to have a butt like mine 😝

The Dancing On Ice star captioned the post: “THANK YOU 1.4 MILLION FOLLOWERS you won’t be disappointed I have some very exciting announcements to make some big secrets that I have been working on.

“DIVA is BACK @itvbe also this summer, [peace] to anyone who ever doubted me KISS MY ASS people pay to have a butt like mine.”

Last week, it was revealed that Gemma has been using SkinnyJab injections.

The company said Gemma’s “weight loss secret” has “officially been revealed”, crediting the jabs as “the force” behind her “amazing” weight loss.

SkinnyJab admitted that the £250 jabs aren’t a “fast fix”, but a “kick start to a healthier lifestyle”.

Taking to social media, Gemma confirmed she’s been using the injections, writing on her Instagram Stories: “Yes it’s true @skinnyjab the Essex clinic is next to @gemc_boutique can’t wait to see you.”

The company added on their Instagram page: “Her weight loss secret has officially been revealed!

“We have been working with Gemma to help her lose those stubborn pounds. THIS IS NOT A FAST FIX TO WEIGHT LOSS, ITS A KICKSTART TO A HEALTHIER LIFESTYLE!”

However, the injections have been slammed by fitness experts.

Nutritionist Ruth Tongue told The Sun that the jab’s main ingredient, liraglutide, is designed for use with people who are “severely obese” or suffering from type 2 diabetes, “not those who want to lose a few pounds”.

Ruth said: “It works by increasing the amount of insulin produced by the pancreas, thereby reducing blood sugar levels. If your blood sugar levels are out of the normal range, you risk dizziness, fainting, nausea and a hypoglycaemic episode, which can be fatal.”

However, a rep for SkinnyJab told us that “there can be side effects with any drug but used properly it is extremely effective”.

What do you think about Gemma’s weight loss? Leave us a comment on our Facebook page @EntertainmentDailyFix!