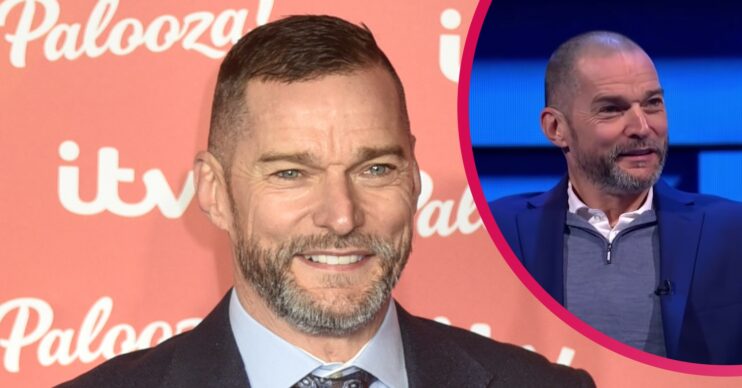 Strictly Christmas special star Fred Sirieix had some fans in a frenzy and others pitying his fiancée after a new Instagram post.

The First Dates star raised the temperature last night after he uploaded the post.

In the picture, Fred is seen lying in bed, using his phone. However, it’s only the French star’s chest and abs that can be seen clearly.

Adding to the raciness of the photo is the fact that Fred’s bedroom is bathed in a deep red glow.

“Early night. Sleep tight,” Fred captioned the snap. He added a kissing emoji at the end of his message too.

It’s certainly safe to say that many of Fred’s 796k followers seemed to like the Frenchman’s post!

What did fans and followers say?

Fred’s fans filled the comments with their thoughts following the star’s risqué Instagram post. Many were loving the star’s snap.

“Be still my beating heart,” a third fan said.

“Bloody hell Fred! That’s a thirst trap and then some!” another joked.

One fan felt sorry for Fred’s fiancée, known only as Fruitcake, however.

“I would go mad if my boyfriend posted that for the world!” one of Fred’s followers said – a comment that was clearly echoed by many of the star’s followers as fans hit the comment’s like button.

What else has Fred Sirieix been up to?

Fred was most recently on TV on Christmas Day, when he took part in the Strictly Christmas special. The 49-year-old was paired with Australian pro dancer Dianne Buswell on the show.

Fred dyed his hair bright red for the show. The star did this so he could match his dance partner, Dianne, who’s well known for her crimson coloured locks.

The couple managed to pick up 38 points for their routine, which saw them do the quickstep to the tune of “Merry Christmas Everyone.”

Despite their impressive score, it was Anne-Marie and Graziano Di Prima who came out on top. The couple did the cha-cha-cha to “Feliz Navidad” and picked up 40 points as well as the Christmas star trophy!