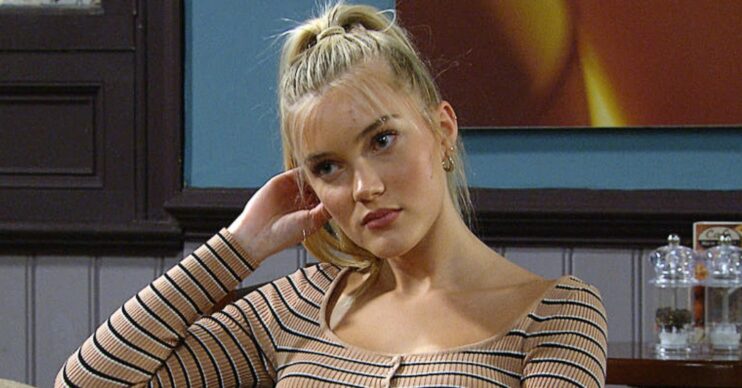 The 18-year-old actress and pop star and former Strictly contestant HRVY, 22, are said to be “head over heels”.

How did HRVY and Mimi Slinger meet?

According to The Sun, the pair met at the National Television Awards in September, where HRVY performed at the ceremony.

After that the pair chatted on social media, the newspaper said, and are now “head over heels”.

A source revealed: “Things are pretty serious between them. They both know each other’s families and their friends have met.

“HRVY and Mimi have a real connection and those around them think they could go the distance because of what a good match they are.

“She is a model as well as an actress and wants to pursue a music career too – so they have a lot in common.”

Who did Mimi play in Emmerdale?

The source added that the pair want to keep their budding relationship off social media for the time being.

However, it “won’t be long” until they go Instagram official.

Mimi is looking for her next career path after she left the ITV soap this summer.

She played Leanna Cavanagh and was killed off by resident psycho, Meena Jutla.

Were HRVY and Maisie ever an item?

The news that Mimi and HRVY have hooked up comes after months of being linked to Strictly co-star Maisie.

Both the EastEnders actress and HRVY reportedly grew close during last year’s series.

Back in January (2021), the Million Ways received a flirty birthday message from Maisie.

Cold is slang for hot, or attractive.