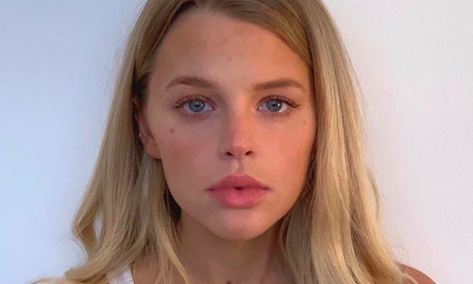 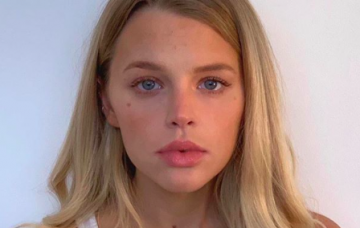 The photo sparked a fierce row on her Instagram page

Actress Hetti Bywater has been forced to defend herself after a barrage of negative comments about her body.

The former EastEnders actress, 24, shared a photograph of herself with her 93,500 Instagram followers in which she wears an animal print bikini.

While some fans described Hetti as “amazing” and “stunning”, many others tried to shame her by calling her “anorexic”, “skinny” and “ill”.

Hetti, who played Lucy Beale in the BBC soap, posted the picture on Wednesday (13 February) alongside the message: “Is it summer yet? @wanderlust_swim.”

And within seconds her followers started replying, at the time of writing she’d received hundreds of comments.

While she did receive numerous complimentary messages, she also received plenty of unpleasant comments, including one which accused her of photoshopping her image, saying: “Zoom on the hips and you can see the edit artefacts left behind through post-edit rendering. Don’t hide it, you’re projecting a fictitious body image! Sad.”

As one asked whether her “spine was visible?”, another said: “Is this some kind of anorexia account? This girl looks sick.”

Hours later, Hetti lashed out at the comments, many of which she deleted, and said she would continue deleting any negative ones.

On an Insta-story, she said: “Does everyone have to be so [bleep] negative on Instagram? Let people be. It’s not your life, so calm the [bleep] down.

“Also, to the people saying my hips are photoshopped, hahaa, I’ve always always had wide hips. It runs in my family. I will from now on be deleting any comments that are rude or negative. Purely because, a girl doesn’t have time for that. Thanks, bye.”

However, she also thanked the fans who had supported her, saying: “I can’t reply to all of you guys. But I just wanted to say, thanks for being kind people and promoting positivity.

“I’m very grateful, you guys are what makes it worth it.”

Sadly, it’s not the first time Hetti has received online abuse for her small frame.

Hetti made her final appearance as a series regular on EastEnders back in 2014, when her character Lucy was murdered by her little brother Bobby Beale – who is soon to be released.

She was the fourth actress to play the character.

Since leaving EastEnders, she has starred in two episodes of Delicious as Daisy, opposite Dawn French and Emilia Fox.

What do you think about Hetti’s photo? Leave us a comment on our Facebook page @EntertainmentDailyFix and let us know what you think!