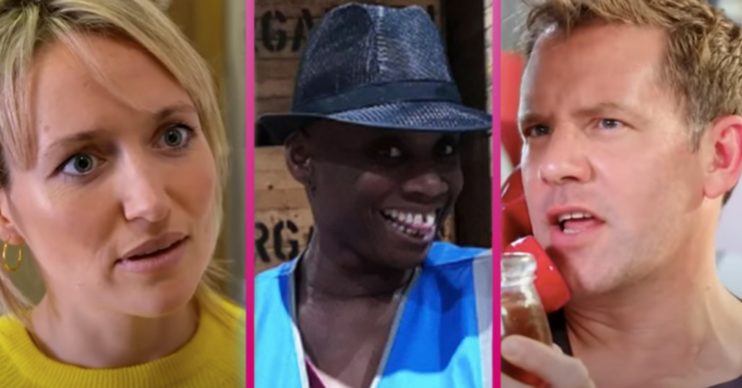 Food Unwrapped presenters: How old is Matt Tebbutt? Who else presents the Channel 4 show?

The show boasts a stellar line-up!

The series travels the world to see how popular food is both produced and celebrated.

But just who presents the show now? And when is it next on?

We take a look at all the current presenters…

Read more: Charlotte Crosby before and after cosmetic surgery

Matt, 47, has been presenting the series since it first launched back in 2012.

He learned about food from the very best – Prue Leith! He gained his diploma from her school, Leiths School of Food and Wine in London.

In addition to his Food Unwrapped gig you’ve likely seen him guest present on Saturday Kitchen.

Or hosting the likes of Christmas Kitchen, Great British Menu and Drop Down Menu.

What’s more, he owns the gastropub The Foxhunter in Nantyderry, South Wales, with his wife Lisa.

Kate, 37, is a telly presenter and journalist best known for presenting Food Unwrapped.

In addition to Food Unwrapped, she’s presented the likes of Superfoods: The Real Story, he Shopper’s Guide to Saving Money and Be Your Own Doctor.

While speaking to the Daily Record, she says she hopes to inspire viewers to make healthier food choices.

She said: “A lot of my work is about educating people. The best thing is when I meet kids on the street and they say, ‘I never ate broccoli but now I do and I force it down because I watched your programme and I know it does me good’. If I can continue doing that kind of work, I’ll be very, very happy.”

This Irish star has hosted Food Unwrapped since 2019. She’s had some success in the US, and hosted the controversial reality show The Swan.

In addition, she’s presented the likes of Total Wipeout and Something For The Weekend.

Briony, 35, is a former Great British Bake Off contestant and winner of the show’s Christmas special in 2019.

She was born with a limb difference, but this clearly hasn’t set her back at all from reaching huge career heights.

An avid baker since 2013, she says she initially took it up as a way of coping with her PCOS diagnosis.

Andi, 57, is a a chef and telly presenter. She started out in a band and transitioned into television hosting.

In addition to hosting Food Unwrapped, which she joined in 2019, she’s also appeared on plenty of other food themed shows.

These include The Big Eats, Food Glorious Food, Christmas Kitchen and The Great British Menu.

When is Food Unwrapped on Channel 4?

Food Unwrapped continues on Channel 4 on Fridays at 8pm.

However, past episodes are available to stream on All 4.