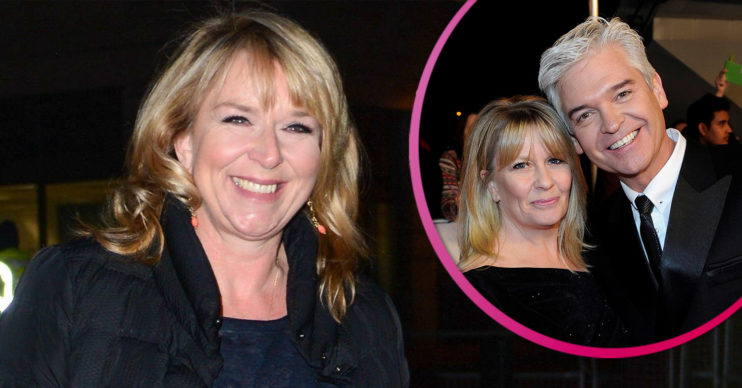 Phil came out as gay in February

Fern Britton has said she “feels” for Phillip Schofield‘s wife after he came out as gay.

The presenter, who previously worked with Phil on This Morning, said she’s “glad for him” that he was able to come out.

Speaking to Dan Wottoon on his talkRADIO Drivetime show, she said: “We haven’t seen each other for a very long time or spoken for a while.

“I’m glad for him. It’s none of my business. He’s getting on really, so, good. It’s terrible that people have to hide who they are.”

She added: “I feel for his wife. Steph’s a lovely girl and, you know, that’s difficult – as I’ve been talking about difficult transitions and processing stuff for me, it will be the same for her.”

Fern announced she had split from her husband Phil Vickery in January.

Fern said she’s “been adjusting to life as just me to think about”.

The star admitted adjusting to her new lifestyle is “quite exciting” but “you’ve also got to process it for a while”.

Meanwhile, in February, Phil came out as gay in an emotional statement.

What did the statement say?

It read: “You never know what’s going on in someone’s seemingly perfect life.

“So you won’t know what has been consuming me for the last few years.

He appeared on This Morning alongside his co-star and close friend Holly Willoughby and spoke about coming out.

Phil said: “This is not something that has happened quickly. I’ve had to deal with this in my head for quite some time.

I feel for his wife. Steph’s a lovely girl.

“We have gone through this together. We have been very open and very honest.

“I cannot write in any statement how I feel about that woman. She is amazing. She is literally astonishing.

“This is my decision. This is absolutely my decision, it was something I knew I had to do.”

Can you relate to Phil’s comments? Leave us a comment on our Facebook page @EntertainmentDailyFix and let us know.