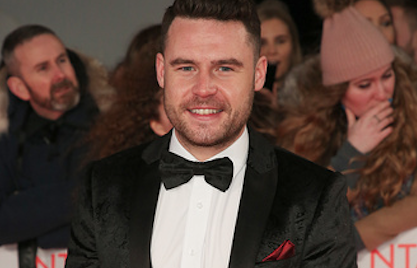 He was likened to Liam Gallagher by Instagram followers

Soap fave Danny Miller has been asked to stop smoking by concerned fans after sharing a moody pic appearing to show him exhaling.

While it is not clear whether the Emmerdale star, 28, lights up regularly, he has been spotted puffing away on social media before.

But it seems that while some of his devotees were impressed by his Insta pose showing him with his hoodie up, wearing sunglasses as smoke comes from his lips, many hope he will quit.

“No smoke without fire,” the Aaron Dingle actor captioned the shot, drawing comparisons to Liam Gallagher.

No smoke without fire..

Another gushed: “Oh my, what a great picture, you make me what to start smoking again. Looks so good!”

“Smoking is so sexy,” claimed a different follower.

But not all of his social media fans agreed – with many urging him to give up.

Picture of a man with a free suit and not a clue how to take on a cigar.. #ThankGodForFilters #BreatheIn 😎 pic.twitter.com/dBQb9zDtsS

“Omg smoking is bad for you,” remarked one fan.

“Would have been a much better shot without the cig – [thumbs down] for this one,” said a second.

I love you Danny but I hate you smoking.

A third requested: “Give it up. Dirty ash, it is a killer.”

Another insisted he stub out for good, commenting: “Time to give up!!”

And yet another fan gave him the thumbs down, despite their fondness for the award-winning, pleading: “I love you Danny but I hate you smoking.”

A couple of his celeb mates half-echoed that last thought – but did not completely disclose their opinions on cigs.

And Ryan’s brother Adam, who was Danny’s cast mate on Emmerdale, chipped in: “Razzzzzz this is more like it.”

Ent Daily has contacted reps for Danny for comment.