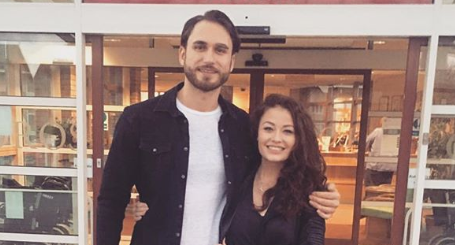 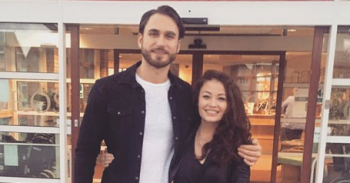 The pair are both currently trying to crack Hollywood

Charlie, who used to date Steph Davis, and newly divorced Jess, who also appeared on Ex on the Beach, are said to have hit it off while both out in Los Angeles, where the pair are both trying to forge acting careers.

The pair are starring in the same sci-fi film, which will be out later this year.

What a fight! Thank you colleague @jess_impiazzi – back to England for the rematch, the @gypsyking101 gets knocked down BUT HE GETS UP AGAIN!!! 🥊⚡️👑 #toofast #charliechops #gypsyking

“Jess was heartbroken when her marriage to Denny came to an end but she has been throwing herself into work,” a source said.

They added to the Sun Online: “She’s currently in LA doing pilot season where she met Charlie, who is based there now.”

The insider said she’s been telling pals that she’s in a much better place since her split from rugby player Denny Solomona.

“Its early days but they have clearly hit it off – she’s been gushing to her closest friends that she’s finally happy again.”

Charlie’s Instagram profile is full of snaps of the pair together, while Jess shared a sweet picture of Charlie bringing her breakfast in bed on Saturday as she celebrated her 30th birthday.

Speaking of their split, Jess later said: “I was so happy. But when we got back to England he got back into bad old habits and started going out partying again.”

Just like so many of his co-stars, Charlie, who played Freddie Roscoe, eventually quit Hollyoaks for the bright lights of Hollywood.

“It was one of those decisions which you know is going to be a massive jump, but as soon as you make it, and I don’t mean to sound too spiritual here, but the universe just seems to let you know that you have done the right thing and are on the right track,” he told imediamonkey following his move.

“Obviously it is a huge change for me, I’m five and a half thousand miles away from my home, friends and family but it has just been like a fresh start in every sense of the word, and a completely different life, but I have been loving every minute.”