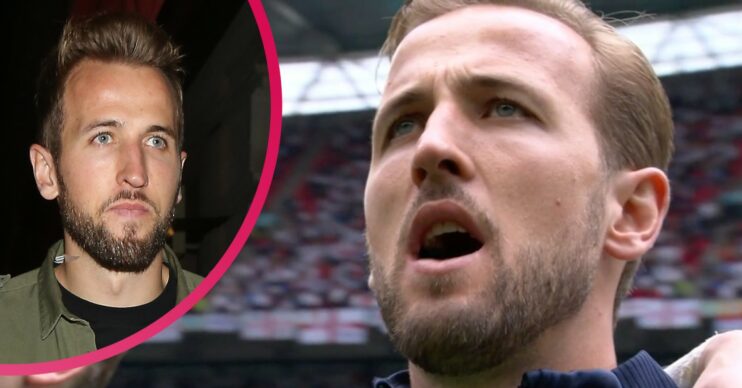 Euro 2020: Harry Kane promises England ‘will give it everything’ in Ukraine quarter final following fan’s death

Charlie Naughton passed away after celebrating Harry's goal against Germany

Captain Harry Kane has promised that England’s stars will give their all in the Euro 2020 quarter final this evening.

The Three Lions face Ukraine in Rome tonight (Saturday July 3) for a place among the tournament’s last four.

But preparations for the crucial football clash have been tinged with sadness after an England fan collapsed and died during Tuesday’s win against Germany.

Charlie Naughton, 29, passed away as he celebrated Harry scoring his first goal of the tournament.

According to reports, paramedics battled to save his life for three hours.

Read more: England Euro 2020 WAGs: Do the footballers and their partners have kids and how old are they all?

The Chelsea fan’s devastated sister Dollie wrote online that her brother was “the best”.

Paying tribute, she said: “My darling brother Charlie. Words can’t explain the pain we are all in right now, you truly are one in a million.”

‘Please raise a glass to our Charlie’

Another online tribute explained: “Our darling boy Charlie was suddenly taken from us on Tuesday 29th June 2021 as Harry Kane scored the 2nd goal for England.

“He was watching the football in his local pub surrounded by family and friends when he suddenly collapsed.

We will give it everything.

“This poignant moment in British history that will be remembered by all but for all of Charlie’s family and friends this will be the most devastating time of their lives.

“As you support and celebrate England through their journey at the Euro’s 2021 please raise a glass to our Charlie.”

I’m so sorry to hear about Charlie passing away – my thoughts and condolences go out to his family and friends. We will give it everything tomorrow and for the rest of the tournament for fans like Charlie. RIP Charlie Naughton. https://t.co/G0k9GZeOLq

Harry quote-tweeted the image and tribute to Charlie yesterday (Friday July 2), adding his own well wishes to Charlie’s nearest and dearest.

He wrote: “I’m so sorry to hear about Charlie passing away – my thoughts and condolences go out to his family and friends.

“We will give it everything tomorrow and for the rest of the tournament for fans like Charlie. RIP Charlie Naughton.”

And Mason posted a blue heart emoji and white dove.

What time is the England game today?

The match begins at 8pm with a place in Wednesday’s second semi final at stake.

England vs Ukraine will air live on BBC One. Viewers can also watch the crucial game via the livestream on BBC iPlayer.

Do you think Harry Kane will fire England to victory?