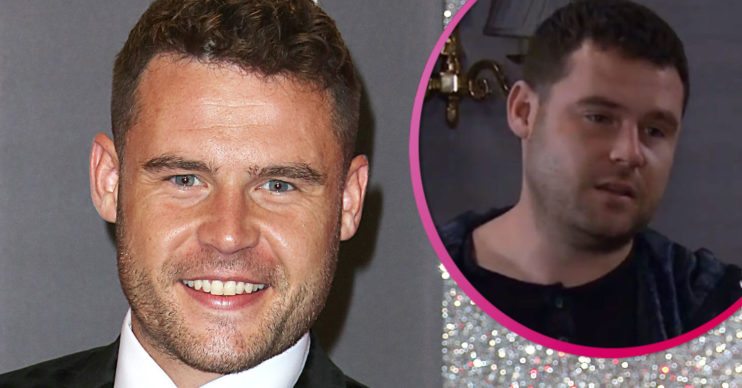 The couple got engaged during a holiday to St Lucia

Emmerdale star Danny Miller has revealed the emotional moment he proposed to his partner Steph Jones.

The Aaron Dingle actor popped the question to Steph during a holiday to St Lucia earlier this year.

Danny shared a video of the romantic moment to Instagram as he called it a “moment I’ll never forget for so many reasons”.

What did Emmerdale star Danny Miller say about the proposal?

Danny wrote: “A moment I’ll never forget for so many reasons. Thank you @stephjones1710 for making me the happiest man alive.”

The footage showed Steph sitting at a table as she looks at a phone.

Danny is seen standing behind her, whilst holding a box.

Steph then gets told to look behind her as Danny knelt to one knee.

She looks shocked as she covers her mouth with her hand, before she jumps into Danny’s arms.

A moment I’ll never forget for so many reasons.

Danny then puts his hand in the air to cheer after Steph said yes.

The moment left his followers gushing, including many of his celeb pals.

Lucy-Jo Hudson commented: “Ah Danny what an amazing video! Congrats to you both, this is beautiful.”

Steph found out she was pregnant a month after their engagement, just before the couple were set to begin IVF treatment.

What did Danny and Steph say?

Speaking to OK!, Danny said: “It was unbelievable because we’d been told it probably wasn’t going to happen for us naturally, so we just feel so incredibly lucky.

In addition, Steph added: “It was a massive surprise. Because emotionally we’d been psyching ourselves up for IVF. We got engaged at the beginning of January and found out we were expecting in February.”

What did you think of Danny’s proposal? Leave us a comment on our Facebook page @EntertainmentDailyFix and let us know.