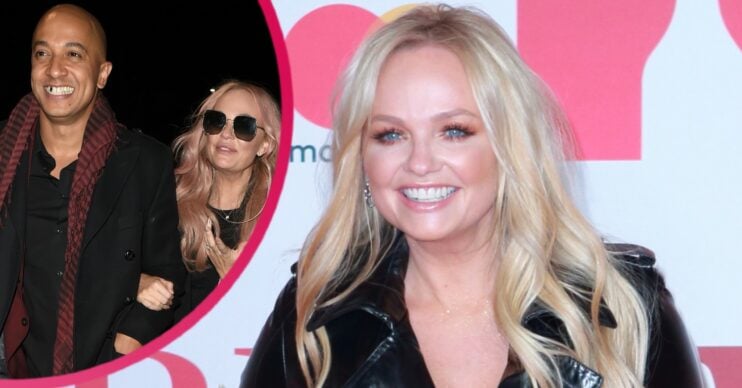 Who is Emma Bunton’s husband Jade Jones, is he already famous and do they have kids?

Their love story started over two decades ago

The Spice Girls star announced the happy news on Instagram yesterday (July 13), shortly after tying the knot to the musician.

But who exactly is Emma‘s new husband? Is he already famous and do they have kids?

Emma, 45, confirmed the news with a photograph of the pair on their special day.

In the snap, Emma wore a white sleeved dress with a train as she posed with her husband.

She simply captioned the shot: “Mr and Mrs Jones!”

The couple’s celebrity friends rushed to congratulate the pair, who seemingly tied the knot in secret.

Victoria Beckham wrote: “Congratulations. Love u both so much!!”

In addition, Holly Willoughby added: “Awww my beautiful Baby! Stand up Mrs Jones… love you both…”

Who is Jade Jones? When did the couple meet?

While Emma shot to fame in the Spice Girls, Jade is also a musician.

The 45-year-old star made a name for himself in R&B boy band Damage during the 1990s.

The group were known for their hit singles, including Wonderful Tonight and Forever.

Meanwhile, Emma and Jade started dated back in 1999.

After a year together, the couple broke up and Emma went on to date Rio Ferdinand until 2000.

They rekindled their romance in 2003 before splitting for a second time two years later.

But it didn’t take long for the pair to get back together.

Emma and Jade later reunited in 2004.

Do Emma and Jade have kids?

Yes, the couple are proud parents to two sons.

They firstly welcomed their eldest, Beau Lee Jones, on August 10, 2007.

Meanwhile, Emma recently revealed she’s open to having another.

She told You: “We still talk about it, but it makes me nervous. And the one thing about me that drives my entire family crazy is that I’m indecisive.

“If it happens, of course, it would be amazing.”

However, she fears she is in a “race against time” if she wants any more children.

Despite this, Emma and Jade appear perfectly happy with their current brood.

Gushing over Jade as a father, Emma previously wrote on Instagram: “The one and only @jadejonesdmg the Epitome of a dad! Thank you for always putting us first, you are our world and our rock!

“Cool, strong, funny and good at everything!! We love you more than anything!”