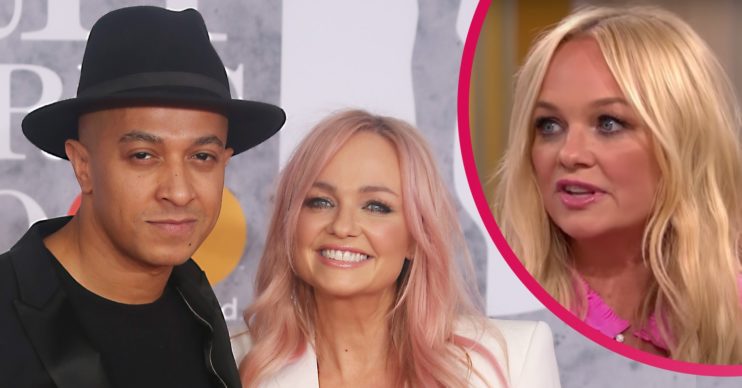 Emma Bunton has indicated she’d like to have another baby at 45 – but she fears she is in a “race against time” if she wants any more children.

Baby Spice star Emma told a tabloid she has “cried her eyes out” over not adding to her family.

And she also revealed she delayed getting pregnant due to the coronavirus pandemic and now worries it is too late to become a mum again.

How many children does Emma Bunton have?

However, she explained to You magazine she’s also a very “mumsy” person.

She also admits to “always” becoming broody when she sees her friends’ kids.

Nonetheless, the singer said she had pondered whether symptoms she had been suffering could indicate she won’t be able to add to her family.

According to the Mail, Emma revealed she put having a third child on hold due to the global crisis.

However, discovering changes to her body may hinder her chances of getting pregnant reportedly left her sobbing.

Emma added she was told she was experiencing perimenopausal symptoms, rather than enduring side effects relating to the pandemic.

What else did Emma say?

She explained: “I started to feel unbalanced and anxious. At first I put it down to the pandemic. But then the anxiety became more regular, until it was daily.

“I was also lethargic. Something wasn’t right. I looked up the symptoms and saw I had quite a few.

“So I spoke to someone on Zoom who came to the same conclusion. I was perimenopausal.”

Emma is now on a low dose of hormone replacement therapy.

However, it is reported she is undecided about having a third baby.

How Emma Bunton fans have reacted

Emma shared the article with her Twitter followers and received many sympathetic responses.

One fan replied to her: “Sending the biggest virtual hug!”

Another person shared a family situation similar to Emma’s, tweeting: “My mom had one at 45. My sister is now 13 and adorable.”

And a third tweeter offered: “You’re a great mum.”