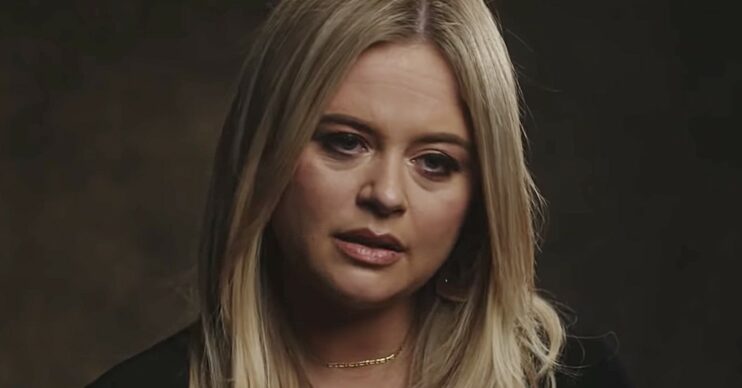 Why do people do this?

Emily Atack has revealed that she was once sent vile “rape and murder” threats online.

Futhermore, she has shared her shock at some of the perpetrators – family men posing with their children in profile photographs.

What happened to Emily Atack and what did she say about the abuse?

Emily, 31, opened up about the abuse she receives to The Sunday Times.

She said that she receives “dozens” of disturbing images every day, and videos featuring some men pleasuring themselves.

Read more: The Cube: Emily Atack baffles viewers as she calls mum Kate ‘mummy’ despite being in her thirties

Emily added: “Some of these men are married with children. They’ve got daughters in their profile pictures and things like that.

“How can you sleep at night knowing you’ve just tucked your daughter into bed, probably helped them with their homework, and then you’re sneakily going onto your phone…?”

Emily also revealed that she received a threatening message five years ago from one social media user.

The vile messages detailed exactly what her living room looked like.

The person said they were going to “rape and kill” her.

Emily explained that someone had broken into her house at the time, although it’s not clear if the break-in and the threats were linked.

What else has Emily been up to?

During a recent conversation with LadBible Emily opened up about her experiences with online abuse.

She said in the interview that she started thinking about her weight after people started to call her “fat” when she first appeared in The Inbetweeners.

“What I really notice is that I’m so used to having men hurl abuse at on the street or in a bar, what I’ve been interested to see in the last decade [is] the online abuse.

“I receive on a daily basis… I receive hundreds of messages.”