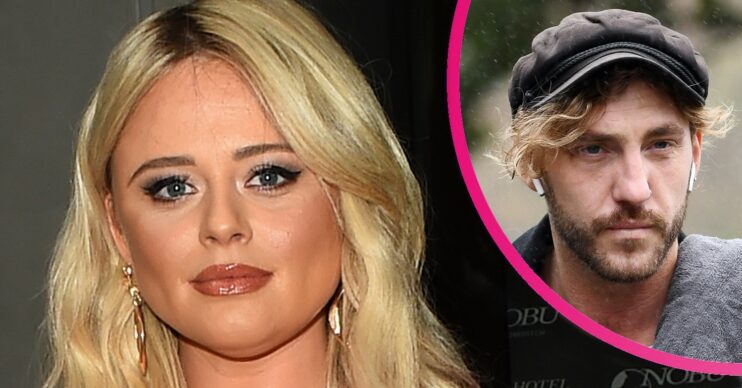 And this comes just days after the former I’m A Celebrity star, 31, was spotted enjoying lunch with her ex partner Seann Walsh, 35.

Read more: Celebrity Juice to be axed in major shake up?

Actress Emily apparently didn’t “see a future” with Jude, who she’d been dating for around five months.

Why has Emily Atack broken up with her boyfriend?

Things reportedly fell apart when they were forced to spend weeks apart due to work commitments.

A source told The Sun: “Emily and Jude were a great match and had a lot of fun, but it ended up being too tricky to make it work long term.

“They have barely managed to see each other recently so made the decision to call it quits.

“Emily has so much going on at the moment too and that made their relationship a little more difficult.”

Jude had accompanied Emily to her sister Martha’s wedding.

And their friends are allegedly shocked at the split as they seemed such a good match.

What is Emily working on these days?

Meanwhile Emily is gearing up for her second series of her comedy show, The Emily Atack Show.

This is partly written by her ex and former Strictly Come Dancing star Seann Walsh.

Earlier last week the two were photographed having lunch together at a Nando’s in London.

Seann is part of the writing team of the hit show which airs on ITV2.

Emily said on announcing the second series: “I had the best time making and filming this series. It was the stuff of dreams and I am ecstatic to get to do it again.

“I have so many more sketches and impressions that I can’t wait to share with the viewers, my family on the other hand may want to cover their ears (again).

“If they thought the last series was bum clenchingly raucous, wait until they see this series. It’s going to be a hoot.”