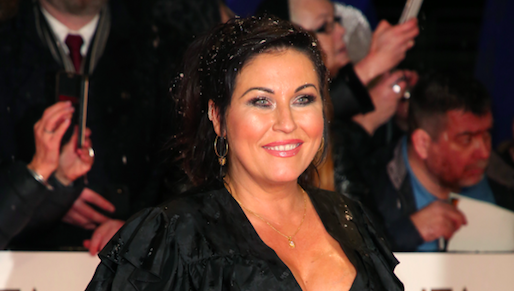 The actress is apparently hoping for a fresh start

EastEnders actress Jessie Wallace – who plays Kat Slater on the BBC One soap – has reportedly split from her ‘married’ boyfriend of two years, Paul Keepin.

Jessie, 48, apparently spent Christmas with friends and family members away from Paul.

A source told The Sun: “She is moving on and wants the New Year to be a fresh start when she will focus on work.

“After a quiet Christmas with her daughter and her closest friends, she is knuckling down for 2020.”

The same tabloid alleged last year that greengrocer Paul Keepin had left his wife and five children in 2017 and formed a new relationship with the soap actress.

Paul’s wife Teresa appeared to confirm the situation to the publication.

She said: “We’re not actually divorced yet. He walked out on us a year ago and he never came back.”

As for Jessie, she has openly shared several loved up pictures with Paul on her public Instagram account to her some 32,200 followers.

However, the last picture posted of them together dates back to June of this year.

She is moving on and wants the New Year to be a fresh start.

While Jessie has enjoyed 20 years on EastEnders, she has not been as lucky in love.

She shares a daughter, Tallulah, 15, with her policeman ex boyfriend Dave Morgan.

The EastEnders favourite had a four-year relationship with singer Tim Arnold, which ended in 2016.

And back in 2011, she called off her wedding to boyfriend of five years, catering boss Vince Morse.

He said at the time: “It looks like it’s destroyed the love of my life. It was probably the most stupid thing I’ve ever done. I’m an idiot.

“My sordid sex fantasies have ruined my life.”