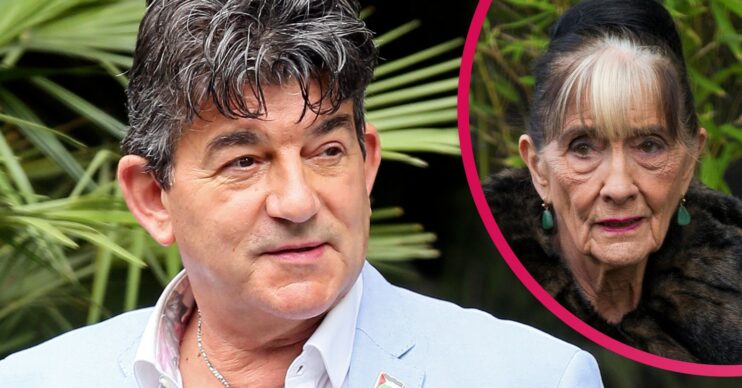 The late actress saved John's daughter during a holiday

Former EastEnders star John Altman has revealed how June Brown once helped save his daughter Rosanna from drowning.

John played her son “Nasty” Nick Cotton, and their on-screen relationship was filled with ups and downs. However, John insists their relationship off screen had a deep bond.

The actor has spoken out already about his bond with actress June, but he’s now revealed how she felt like a member of his family.

Actor John has revealed how he feels ‘indebted’ to June, after she saved his daughter Rosanna on a holiday in Gibraltar.

John revealed in an interview with the Mirror: “Relaxing by the pool on the Saturday afternoon at the Rock Hotel, I said to Rosanna, who was six at the time, ‘You shouldn’t run beside the pool with a towel wrapped around you. It’s far too big and you’ll trip on it.'”

She’d fallen in, sunk straight to the bottom, then bobbed up and was struggling.

However, John reveals how his worst fears happened. He shared: “A little later we were interrupted by a splash and June, who was facing the pool, said, ‘I think that was Rosanna, dear.’ I leapt to my feet. Rosanna was nowhere to be seen. She’d fallen in, sunk straight to the bottom, then bobbed up and was struggling.”

Since June’s death, tributes have poured in to celebrate the 95-year-old’s life. As her on-screen son, John has spoken out about how much she meant to him.

Speaking on Good Morning Britain after her death, he revealed how close they became on the set of the BBC soap.

John said: “She was a dear friend. Someone I could confide in, and probably my second mother, really.

“My real mother said she looked more like my mother than she did!”

Opening up about their time on-screen together, he added: “[They were] treasured moments for me in my career, it was such a joy to work with her.

“She was older than me so she was more experienced – she’d guide me sometimes, say, ‘Slow down a bit on that, dear.'”