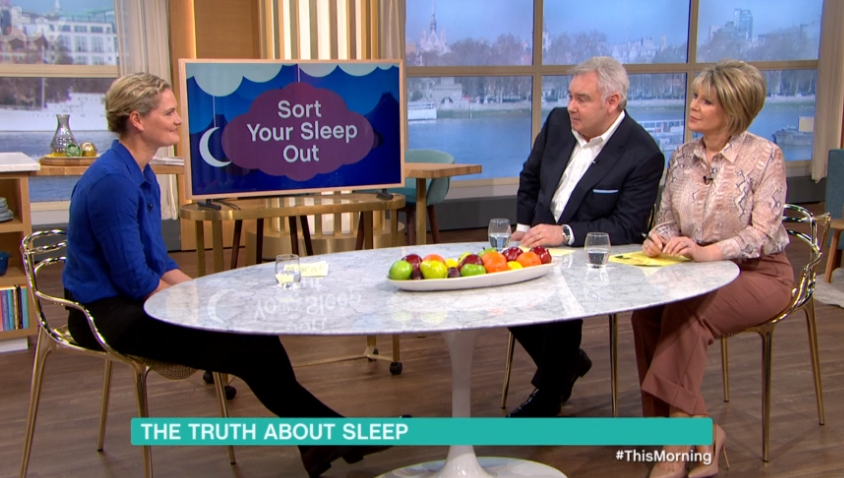 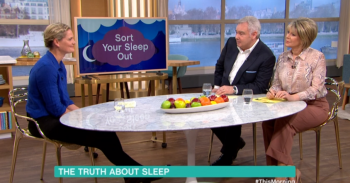 Well Ruth thought it was funny - just about!

Eamonn Holmes made a cheeky joke about his sex life with Ruth Langsford on today’s This Morning.

The presenters were speaking with sleep expert Sophie Bostock about the secrets behind getting a good night’s kip.

The expert was offering advice on different ways to relax and both Eamonn and Ruth were taking the segment seriously.

Ruth said: “It’s so awful when you can’t sleep. It’s the most awful feeling. It makes you anxious, particularly when you know you have to get up. How important is sleep to our health?”

Sophie told her: “It’s absolutely essential. We’re hard-wired to need sleep in the same way we need to eat or drink.”

The expert went on to explain that although we tend to think of sleep as the time when the body switches off, the opposite is actually true.

Sleep, she explained, is an “incredibly active” time for the body, during which it carries out a host of complex tasks, including restoring hormones and ridding the brain of toxins.

Later in the discussion, as Sophie was offering advice on the best ways to relax before going to sleep, Eamonn thought it would be a good idea to start talking about “hanky panky”.

He asked: “If you were to indulge in some sort of hanky panky, then you would have lovely sleep for the rest of the night? Is that right?”

She admitted that sex does tend to be “pretty good for producing relaxing hormones” which would aid with getting to sleep.

Eamonn then said cheekily: “I must find someone to do that with.”

Ruth smiled at the joke and the expert awkwardly moved the conversation swiftly on.

Read more: Eamonn Holmes fans astonished at ‘cute’ throwback snaps of presenter from when he was a boy

It follows an embarrassing blunder that Ruth made earlier this month in a conversation about actor Bradley Cooper.

The host left viewers cringing when she made a blunder live on air.

Ruth was talking about Bradley Cooper and rumours of a potential romance between the actor and his A Star Is Born co-star Lady Gaga, but she accidentally called him Bradley Walsh.