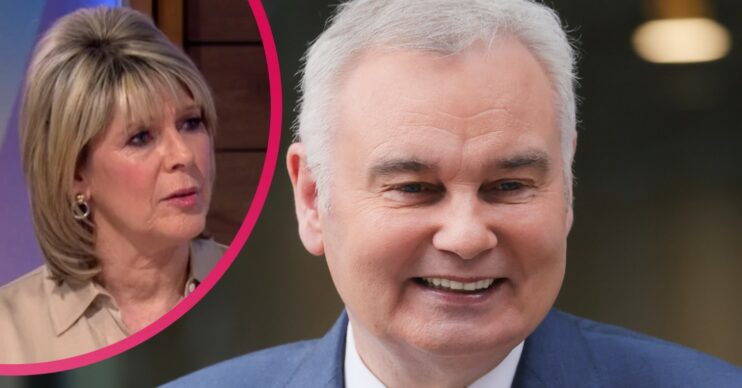 He spent the evening at the Broadcast Awards

Eamonn Holmes fans were all asking the same question about his wife, Ruth Langsford, following a bash with GB News co-host Isabel Webster.

The presenter – who made his debut on the breakfast show last month – joined Isabel at the Broadcast Awards on Thursday evening (February 10).

Documenting the night on Instagram, Eamonn cosied up for a selfie alongside his breakfast co-star.

Eamonn, 62, looked smart in a black suit and bow tie as he posed with Isabel.

Captioning the photo, Eamonn wrote: “Join us on Friday’s Breakfast show to see if we are both still smiling after our swanky night out?

In addition, Isabel posted the snap and said: “At the @BroadcastAwards last night. Feeling a little less bright eyed and bushy tailed this morning.

But it was Eamonn’s appearance that really caught the attention of fans.

According to some, the television star looked ‘younger’ in the shot.

One commented: “Eamonn, you have changed. You look younger & not like a man in pain, what a great time you must be having at GB News. I’ve got a DAB radio especially for your news and some.”

Another added: “Eamonn looks so young.”

A third wrote: “You look like gorgeous TV husband & wife. Eamonn you look so much younger with Isabel @isabelwebstertv.”

However, others questioned whether Eamonn’s wife Ruth joined them on the night.

One posted: “Did Ruth go with you? We don’t see many posts with you both these days.”

Another added: “Looking good Eamonn, however ’bout time you posted some pictures with your beautiful wife, Ruth.”

A third wrote: “Lovely picture of you both and I enjoy your morning program. But like lots of other comments, I am missing pictures of you and Ruth.”

A fourth posted: “Was also wondering why there are no photos with Ruth for quite a while now.”

However, one commented: “I’m sure Ruth is fine. She knows how the game works.”