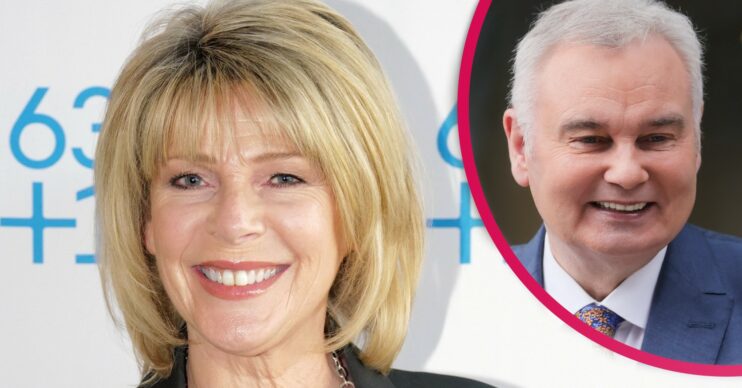 Ruth Langsford once explained the reason she and Eamonn Holmes kept their relationship ‘secret’ in the early days.

The Loose Women star, 61, first met Eamonn in 1997 and decided to keep their romance private to begin with.

This Morning host Ruth said this was because Eamonn had recently split from his first wife, Gabrielle.

Speaking to the Daily Mail in 2017, Ruth opened up about the early days of their romance.

She admitted at the time that Eamonn keeping it on the low made her love him even more.

Ruth said: “I thought it spoke volumes about the sort of man he was, the sort of father he was and the integrity he had. It made me love him more, not less.”

Eamonn had children from his marriage to Gabrielle when he started dating Ruth and therefore wanted to make sure everything was handled sensitively.

Ruth and Eamonn’s romance blossomed and he asked her to marry him at the Cheltenham races in 2010.

They tied the knot in summer of that year.

In the 2017 interview, Ruth went on to gush about her relationship with Eamonn.

At the time, Ruth was competing on Strictly Come Dancing and Eamonn would ensure to look after her during the gruelling rehearsals.

She added: “When I get home after rehearsing he’ll have a bowl of ice out for my feet and a gin and tonic on the side.

“He will pause one of his Second World War documentaries and listen to me rambling on about my toes, my back, what Anton said and how I can’t remember a step. I’m giving him zero attention but I know he won’t be thinking that. He just gets it. He gets me. That’s why we work.”

More recently, Eamonn paid tribute to Ruth for looking after him as he deals with chronic pain.

But Eamonn admitted he does fear that Ruth will end up becoming his carer.

He told The Times: “Yes, I do fear it. She hasn’t got the most caring nature, I have to say. So I’d better have enough money in the bank for a care nurse as I get older.”