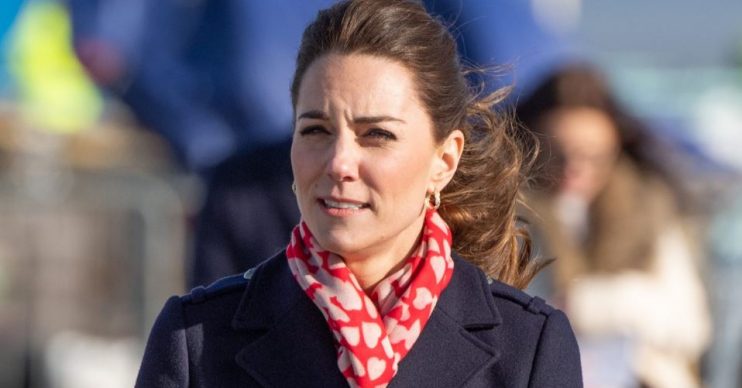 She met the young royal fan in Mumbles, South Wales

Duchess of Cambridge Kate Middleton had an adorable exchange with a young royal fan as she visited South Wales this week.

Kate, 38, is reported to have apologised for her dress when one little girl she met on Tuesday (February 4 2020) said she thought the Duchess would ‘look like Cinderella’.

She was in Mumbles, a coastal area on Swansea Bay, with her husband Prince William when she met Annabel, three, and her mum Rhian Costello.

According to Hello! magazine, Rian, a family doctor, said of the exchange: “I said to her that Annabel was really excited to meet a real princess. And she said, ‘I’m sorry I’m not wearing a pretty dress today’. Annabel then said that she thought she’d look like Cinderella.

“She was very, very natural and lovely and sweet with the children. She was so lovely talking to as many people and children as possible. She said that Annabel looked cold and asked how long we’d been waiting.

“I thanked them for coming to Wales and that it’s so lovely they come and bring their publicity. She said they would like to try to come more as they always enjoy coming down to visit.”

In addition to Mumbles, the Cambridges also visited Port Talbot on the opposite side of the bay.

The day’s engagements saw them board a lifeboat and chat with Royal National Lifeboat Institution crewmembers about their experiences. They also met volunteers and watched a lifeboat launched.

Kate’s outfit for the trip featured a Valentines Day-inspired twist, as she wore a red dress from Zara beneath a navy blue coat from Hobbs to keep out the coastal chill.

Complementing the Valentines nod was a red scarf by Beulah London featuring a white heart print pattern, and a red clutch bag by Mulberry.

The engagement followed their glamorous night out at the BAFTA awards in London over the weekend.

It was all smiles as the couple took to the red carpet, although Will and Kate were left cringing later in the evening when Australian actress Margot Robbie made a joke about Prince Harry.