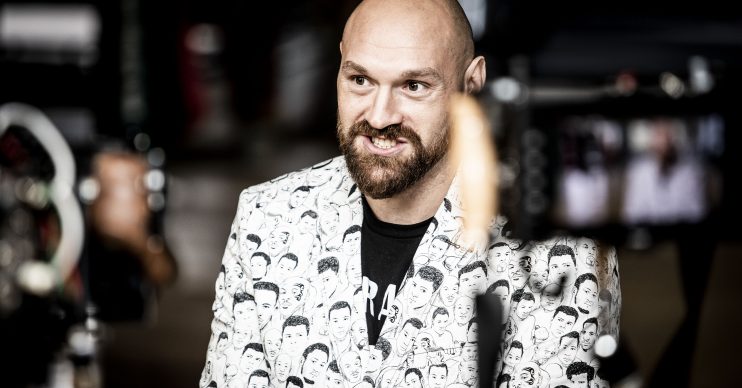 The Bronze Bomber isn't letting go of his belt that easily

The Gypsy King has barely had a chance to get used to his status as WBC heavyweight champ before Deontay Wilder has made a bid to get his belt back.

The Bronze Bomber took to Instagram to let Tyson Fury know that “the war has just begun”.

( In My Shaka Zulu Voice) #Prepare For War #BombZquad

Wilder lost to fury in the seventh round of their fight in Las Vegas on February 23. He was knocked down several times before his corner threw the towel in, later blaming the weight of his walk-in costume for his poor performance. He also criticised his trainer for throwing the towel in.

The American fighter had never been stopped before in his 44-fight career. Now, he is calling for a rematch in July this year.

“Hello my people, my Bomb Squad army, my Bomb Squad nation, to all my loved ones around the world, I just want to let you know I am here,” he said on the Insta video.

“Your king is here. And we ain’t going nowhere, for the war has just begun. I will rise again. I am strong. I am a king, you can’t take my pride.

“We will regain the title.

“I will be back. We will hold our heads up high. Your king is in great spirit.

“We will rise like a phoenix from the ashes and regain the title. I’ll see you in a few months, for the war has just begun. All my love to all my people.”

Promoter Bob Arum has indicated that the fight will go ahead in July. But fans are also keen to see Fury try his luck against British heavyweight Anthony Joshua.

Promoter Eddie Hearn said talks are already underway about the all-British match, and they “can’t let politics get in the way” and stop it.

Do you think Fury should fight Wilder again or should the Gypsy King move on? Let us know your thoughts on this story on our Facebook page @EntertainmentDailyfix.