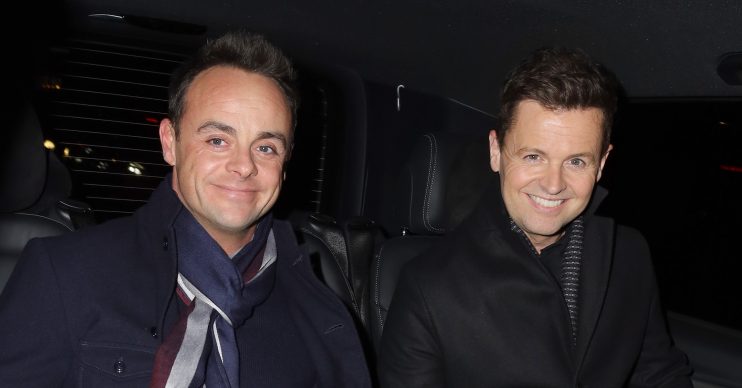 The thought of being without Ant filled Dec with fear

Ant went into rehab in 2018 after being arrested for a drink-driving conviction in March of that year, and now his best pal and presenting partner Dec has admitted he was “angry” and “disappointed” by the ordeal, as he couldn’t believe Ant hadn’t come to him for help.

Speaking in their new documentary Ant & Dec’s DNA Journey – which halted filming for two years while Ant took his break from the spotlight – Ant, 43, said: “Y’know the last few years have been quite emotional, hard, they have been testing I would say in terms of how strong your love is and how strong your friendship is.”

Filming this was just incredible.. finding out about our pasts and meeting relatives we never knew we had… an amazing experience that will stay with us forever. Minds blown. #AntAndDecsDNAJourney coming soon @itv .. link in our bio for more info

Dec, 44, added: “It has been a tough couple of years and it has tested the bond we have shared since we were 13 years old.

“I was incredibly angry at the start, so angry. Disappointed that he didn’t ever come to me and say ‘I am struggling, I need you’ because that is what I would do if the shoe was on the other foot. And he never came to me and that hurt me a lot.”

Dec was then asked if he thought he might lose Ant, and the TV star admitted he was “filled with fear” at the thought of no longer having his pal by his side.

He said: “Yes. There was a point where I thought that that was it. There were times where I wasn’t sure it was going to survive. Times where you didn’t know it needed to survive or you wanted it to survive.

“All the while he was away I wasn’t sure where his head was at or if he was going to say ‘none of this is for me’.

“I didn’t know what he wanted to do and for the first time in 30 years I had to think about what I was going to do and if I was going to go out on my own. The thought of that filled me with fear.”

Thankfully, Ant made a full recovery and has returned to television, hosting this year’s series of Britain’s Got Talent and returning to the Australian jungle for I’m A Celebrity… Get Me Out of Here! later this month.

Get us Out Of Here! Please?! #ImACeleb is coming… but you have to help us get to the jungle first! Download the @imacelebrity app to choose where we go next 🛶😬!

But Dec says he eventually came to terms with the possibility that Ant could have stepped away from the spotlight forever, because he just wants his friend “to be happy”.

He said: “Ultimately you realise all those feeling are a bit selfish because they are all about you and how about what he was going through and the unhappiness he felt and how he must have felt to be in that situation, and that is when I became really sad and really sympathetic.

“Because to be in those depths of despair, he must have been so unhappy. And that is where ultimately the care and compassion you have for that person overrides everything and you just want them to get better and get support for them.

Here we are back in May 2017 when we started filming our #DNAjourney… Can’t wait for you to see what unfolds, next Sunday 10th and Monday 11th November @ITV. (We go a little bit further afield than that fancy garden fence!) pic.twitter.com/7W01XTpJjM

Read More: Meghan ‘vows she will have her and her husband Harry’s next baby abroad’

“More than anything I just wanted to be happy.”