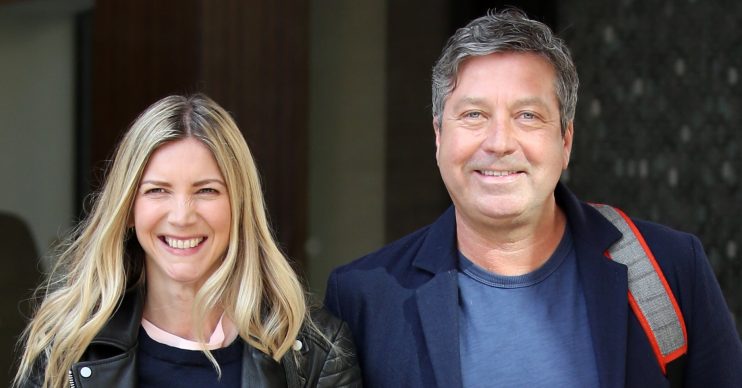 It was custom made to fit her engagement ring

Actress Lisa Faulkner has shown off her incredible wedding ring for the first time after tying the knot with TV chef John Torode.

Now, Lisa has given fans a glimpse of her custom wedding band and told them she’s trying to look after her hands better, now that she’s wearing such an eye-catching piece of jewellery.

She explained in the caption: “I’ve never been one to look after my hands and especially not my nails but since I got engaged and then married, I’m trying to look after them!

“Thank you for helping me and doing such a lovely manicure @finishingtouchbarnet.”

Her followers rushed to comment on the ring, calling it “beautiful” and “pretty”.

Since I got engaged and then married, I’m trying to look after them!

Another wrote: “That is a beautiful engagement ring.”

A third told her: “Beautiful rings and lovely hands!”

“Your ring is so pretty!” said a fourth.

Someone else asked where it was from and Lisa responded: “It’s from Triggs Jewellers in Enfield. They were so lovely and made it to fit under my ring.”

Lisa revealed their engagement news on Instagram back in January.

In the summer she appeared with John on Loose Women and the pair spoke about his “very romantic” festive proposal, which initially left Lisa “mortified”.

She explained that John popped the question on Christmas Day during a trip to India, telling the panellists: “It was a very romantic proposal. Well, he asked me on Christmas Day. And we were in India and he said to me, ‘We can only have one present each’.

“Okay fine. So I gave him a pair of Yoga pants and he gave me… a ring!

“I was so embarrassed. Mortified! I had no idea, no idea. And actually the box was bigger than a ring box and I thought, I don’t know what that is because it looks like it might be some sort of jewellry.”

Shortly after her wedding, Lisa delighted her social media followers with a picture from the night before their big day.

It showed the star walking elegantly down a set of stairs in a sparkling dress and novelty hat emblazoned with the word ‘Bride’.

What do you think of Lisa’s wedding ring? Leave us a comment on our Facebook page @EntertainmentDailyFix and let us know.