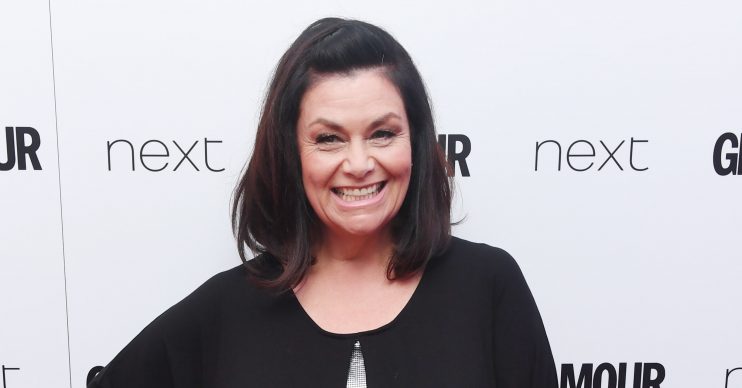 The actress has got a new 'do

Dawn French has debuted a Vicar of Dibley inspired fringe and it’s been a hit with her social media followers.

The actress posted a close-up shot of her new hairstyle to her 346,000 Twitter fans on Friday and said she feels like “the real me”.

Dawn, 61, wrote: “‘Hello sharpness my old fringe….’  lovely to have you back after 3 years! #feelikerealme.”

🎼 ‘Hello sharpness my old fringe….’
lovely to have you back after 3 years! #feellikerealme pic.twitter.com/hMnYpcKYSW

Her French & Saunders co-star Jennifer Saunders was first to reply, joking: “Thank god! I can recognise you again. Will you now have a perm?”

This Morning presenter Rylan Clark-Neal even waded in with his approval, writing: “Strong fringe.”

“The vicar of Dibley is back!” said another.

One fan added: “Gorgeous as ever.”

It also inspired lots of her followers to reply with pictures of their own hairstyles.

It’s not the only transformation Dawn, who starred as Geraldine Granger in hit BBC sitcom The Vicar of Dibley from 1994 to 1998, has undergone in recent years. The actress also recently spoke out about her dramatic weight loss after shedding almost eight stone.

Dawn’s decision to lose weight was necessary in order for her to undergo keyhole surgery for a hysterectomy.

She previously told an audience during her 30 Million Minutes tour: “When I was due to have my hysterectomy the doctor told me that if I could lose some weight before the op, they would be able to do it via keyhole, and I would recover in three weeks or so.

“Otherwise it would be big open surgery, and three months to recover.

Dawn added: “[There was no] magic wand, just tiny, joyless low-cal eating and lots more walking for weeks and weeks. It was grim. I lost seven-and-and-a-half stone. I could have the keyhole surgery. Great. That’s all it was, practical.”

She also previously spoke about how she’s managed to keep the weight off.

“I just did less eating and more ­exercising and I’ve kept that up. But I have more treats now,” she told The Mirror.

“I’m not a big drinking person and hardly ever have alcohol. Perhaps it’s not sweet enough for my sweet tooth. I have chocolate in the house but I avoid it because I like it too much and I’m weak willed.

“So it is best for me to see it as ‘against the law’. Except at Christmas time.”