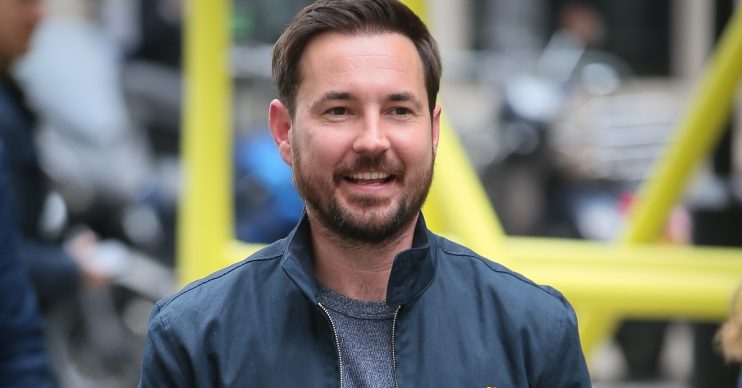 The Scottish-born star and US actress, who tied the knot in 2016, attended the Henley Festival in Henley-on-Thames where Tianna, 29, was proudly showcasing a growing baby bump.

In photos obtained by the Daily Mail, Tiana, wearing a clinging flower print dress that emphasised her bump, was all smiles as she posed alongside her husband, who was wearing a smart three-piece blue suit.

Martin only recently spoke about their plans to start a family, saying they recently bought a property in Las Vegas that was just down the road from Tianna’s mother’s house.

Speaking to The Sunday post, the 35-year-old actor said he’s found that when “you’re married and are getting older your priorities change”.

Martin, who plays DS Steve Arnott in BBC hit Line of Duty, added: “We’re getting to the point of maybe starting a family and your wife needs her family around her. We’ve moved to Vegas and are two streets away from my mother-in-law. I absolutely would like family.”

He went on to say that the move to Vegas “was to buy a house, put down proper roots and look to the future”.

Martin and Tianna met in 2013 and married at his family’s chapel in Greenock just over three years ago.

Bring your wife to work day 😊

Since they wed, Martin said they often have to spend time apart while the actor films on location.

“Anybody can relate that it’s tough being away from your missus for that long,” he shared. “And I just wish I could explain to my pitbull King. He’s my wee best pal. I walk him three times a day and then suddenly you’re gone.”