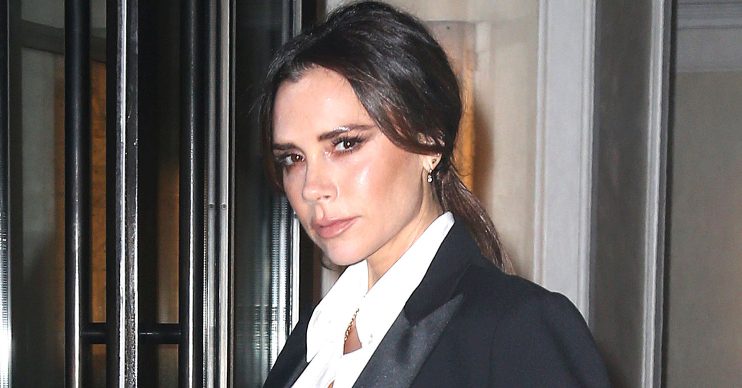 Victoria Beckham fans have accepted her daughter as a sixth member of Spice Girls.

Harper, eight, struck a Girl Power pose in a cute Instagram photo that saw fans dub her ‘Mini Posh’, as she looks so much like her mum.

The pic showed Harper pouting at the camera and giving the victory sign next to a picture of Victoria from her Spice Girls days.

Victoria captioned the post: “When you bump into Mummy Spice! X #HarperSeven #GirlPower.”

Fans rushed to the comments to welcome Harper as an unofficial member of the group, offering up ideas for a suitable ‘Spice’ name.

One said: “How cuteeee. Baby posh.”

Another wrote, with a string of heart-eye emojis: “Mini Victoria.”

Someone else commented: “Image of her mummy! Mini Posh Spice!”

“Omg Mini Posh,” wrote a fifth, alongside a shocked-face emoji.

A sixth put: “Wow! This photo! She’s your double in this one!”

The footie legend uploaded two selfie of the two of them standing in a field – the youngster giving the camera a toothy grin in one and planting a big kiss on her dad’s cheek in the other.

David wrote alongside the snaps: “What more can daddy say other than I love you so much little girl and please stop growing up…

Victoria might have passed a love for all things Spice Girls onto her daughter, but that wasn’t enough to persuade her to join her bandmates for their big UK tour earlier this year.

The mum-of-four gave the reunion a miss to focus instead on her family and fashion business.

Speaking to Vogue Germany magazine about the decision, Victoria explained: “It took me a lot of courage not to go on tour with the Spice Girls again.

“To be the one who says, ‘You know, I’m not doing it because things feel different now than they used to.’ I’d rather concentrate on my family and my company.

“I’m 45 now and very happy to be the woman I am… I’m not trying to change, I want to be the best version of myself. Before I turned 40, I wasn’t that confident. I learned to listen to my gut feeling.”