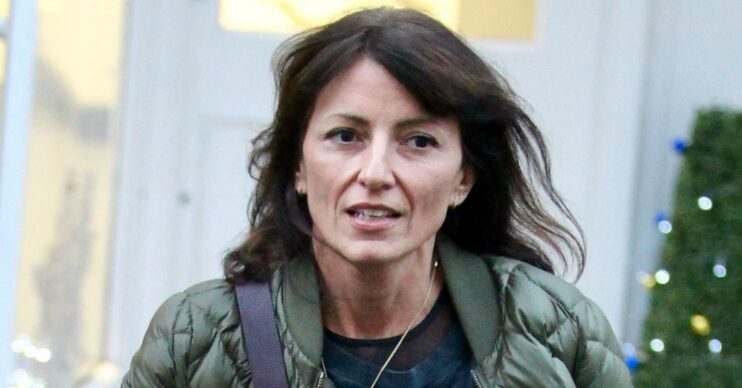 The Masked Singer star confirmed the sad news on social media after losing her dad, who battled Alzheimer’s, on Monday night (February 28).

Alongside a touching photo, Davina revealed that Andrew passed away “peaceful” and “wasn’t in pain”.

She shared her heartbreak alongside a photo of herself and Andrew on the beach.

The star captioned the shot: “My dad, Andrew, died on Monday night. He took a turn for the worse on Sunday but thankfully he wasn’t in pain.

The best dad I could ever wish for.

“He was peaceful. I’m so grateful for that, and that we could be with him. He was the best Dad I could ever wish for. My sister and I hit the jackpot.

“He always made time for us, opened his (and my amazing mumma’s) house to all our friends, temporarily adopted mates of mine that needed help.”

Davina, 54, continued: “He was a facilitator, always helping people with intros… he knew EVERYBODY. And they ALL loved him!”

She continued: “I can’t imagine how many careers and businesses were started because of him.

“The word legend has been used many times to describe my Dad. He was a bon vivante, loved life, positive to the very end… ‘it just works’ was one of the last phrases he was able to say as Alzheimer’s robbed him of the power of speech.

“He lived life. He loved us. And we loved him. With all our hearts. He leaves an enormous hole in our lives.”

Davina’s celebrity pals rushed to show their support in the comments.

Lisa Faulkner said: “Just wanted to send you so much love.”

Myleene Klass added: “What a special man. Sending you love.”

In addition, John Bishop penned: “So sorry for you and all the family Davina. I know how much you loved him.”

In September last year, Davina opened up on her dad’s battle with Alzheimer’s.

Andrew was diagnosed with the condition in 2016 at the age of 73.

In honour of World Alzheimer’s Day, the star shared a picture of Andrew and her step-mum Gabby.

She wrote at the time: “This is my Mum and Dad… Dad (Andrew… total legend ) has Alzheimer’s. My mum has cared for him so brilliantly. He is now in a wonderful home, where they take amazing care of him.

“It’s been hard on my mum but she was at breaking point. He is ok, but it is [bleeping] heartbreaking this illness. The worst thing is the loss of dignity.”

Davina also touching upon her dad’s health in a previous birthday post, saying: “Alzheimers is a very cruel illness, but your soul is still shining through.”