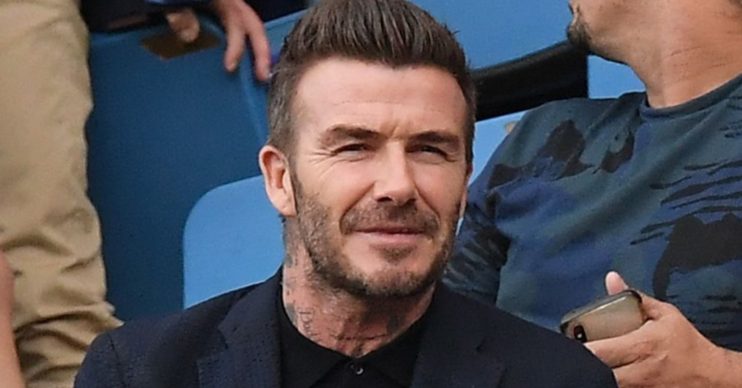 David Beckham has shared a loving message for his daughter Harper on her birthday.

The former footballer took to Instagram to post a gushing tribute to his youngest child, who turned eight today (July 10).

The dad-of-four uploaded a selfie of him and Harper standing in a field, the youngster giving the camera a toothy grin. In another pic, Harper is planting a big kiss on her dad’s cheek.

David wrote alongside the snaps: “What more can daddy say other than I love you so much little girl and please stop growing up…

The star’s fans rushed to comment on the pic and wish Harper a happy birthday, with one writing, “Ah beautiful, happy birthday Harper” and another commenting, “Omg so very cute” while a third said, “happy birthday to daughter of my super hero”.

David was recently criticised by Piers Morgan for kissing his daughter on the lips.

But the footie legend, clearly not bothered what the controversial Good Morning Britain host thinks of his parenting style, was snapped kissing her on the lips again as they celebrated England’s victory in the Women’s World Cup quarterfinals last month (June 27).

David and Harper travelled to Le Havre in France to watch the Lionesses as they took on Norway for a place in the semi-finals.

The pair were seen high-fiving and having a great time as the goals went in, and David was pictured kissing his daughter in celebration.

He revealed on The Graham Norton Show earlier this year that Harper is taking after her old man, as she’s football mad.

David said on the programme: “Harper is playing every Sunday and loves it. The boys don’t play and it’s heartbreaking.

“They have a talent but it’s down to Harper now. I get very enthusiastic when watching her.”

Before the quarterfinal match, David shared a photo of himself and Harper standing with the England team – and Harper looked super excited.

He captioned the pic: “So lucky to get to see the girls before tonight’s big game… As a player I know exactly what it means to play in these competitions and to have the support from home which means so much.