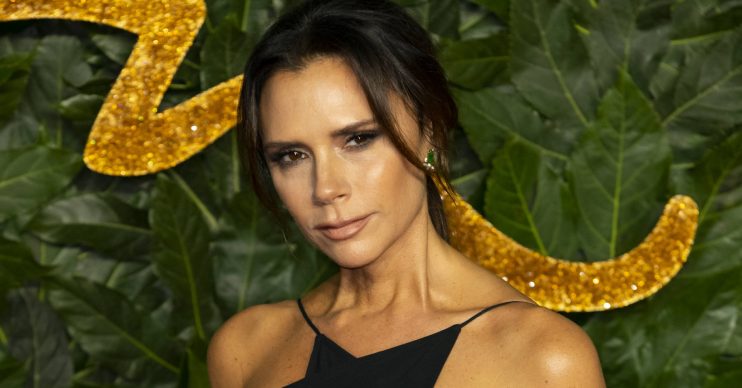 The former Spice Girl, 45, took the seven-year-old little girl on a photoshoot that she was doing for her new cosmetics brand, Victoria Beckham Beauty.

Victoria then shared a really sweet picture of the two of them together on Instagram – and her followers loved it.

Some even insisted that Harper is starting to look a lot like her footballer dad David (well, could be a lot worse!).

In the picture that Posh shared with her 25.8 million fans, Harper is seen ‘wearing’ an illustrated pink crown.

And Victoria looks content and relaxed as she rests her chin on her princess’ head.

The mum-of-four captioned the photo: “Today I had a little guest on set! Shooting #VictoriaBeckhamBeauty with mummy. Kisses Harper Seven x.”

And her fans fell head over heels in love with the tender moment, with over 422,000 people having liked the picture at the time of writing.

One follower gushed: “Love this photo of mum and daughter. Too beautiful.”

Another wrote: “Looking gorgeous both of you.”

For others, Harper’s likeness to her dad was uncanny. One fan noted: “Harper is as cute as a button. Daddy’s double.”

Another agreed: “Harper looks like her dad in this one. Lovely photo.”

The Beckhams have certainly been getting around lately.

Last weekend, David and Victoria were spotted with their son Brooklyn and his girlfriend Hana Cross at the Glastonbury music festival.

And Mr and Mrs Beckham also enjoyed a tour of the Palace of Versailles in France, as part of their 20th wedding anniversary celebrations.

The couple got married on 4th July 1999 at Luttrellstown Castle in Ireland.