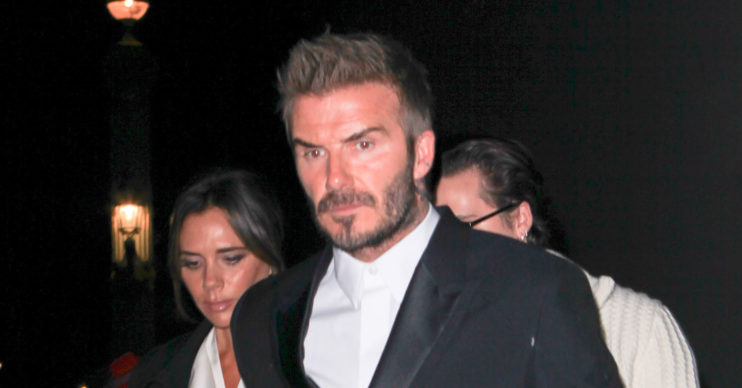 David Beckham has big plans for his Cotswolds estate

Footballer turned businessman David Beckham has reportedly won a dispute with a neighbour.

The married father-of-four, 45, will apparently be able to go ahead with his planned security measures.

Read more: Martin Kemp says being a heartthrob for grandmothers is ‘weird’

David and his wife Victoria Beckham hope to add a security lodge to his gated Cotswolds property – worth an estimated £6 million.

This lodge will have space for two to three guards, ensuring that the property will be constantly manned with security.

A neighbour allegedly took issue with the plans, claiming they wouldn’t fit in with the traditional and rural surroundings.

“Totally out of keeping”

According to The Sun, a local issued the complaint: “Farms and agricultural buildings do not have gatehouses and security huts.”

However, this objection has apparently now been removed, allowing David to finalise his plans.

The added security measures will include guards every day and all times – even when the Beckhams are away.

This includes a wine cellar and a secret tunnel. The tunnel is another supposed security element.

It has become fashionable for mansions to now have a secret tunnel in case of an emergency – such as a home invasion.

Wayne and Coleen Rooney reportedly had a tunnel installed at their Cheshire mansion just this year.

The Beckhams’ building plans were submitted to the West Oxfordshire District Council.

One local took particular issue and argued the additions would be “totally out of keeping”.

With the negative comments now withdrawn, it is very likely that the celebrity family’s plans will go ahead.

The council will have its final say in the coming weeks.

This is of course far from the Beckhams’ only residence.

They also own a mansion in London, worth an estimated £31 million.

And earlier this year David purchased a penthouse in Miami, Florida for $20 million (£15.9 million).

But this is not all. They reportedly also own a further two properties in Dubai and a luxury country retreat in France.

In addition, they have previously owned properties in Beverly Hills, California and Madrid, Spain.

The Sun estimates their current property portfolio is worth a whopping £62 million.

What do you think of Beck’s building plans? Share your thoughts with us on our Facebook page @EntertainmentDailyFix.