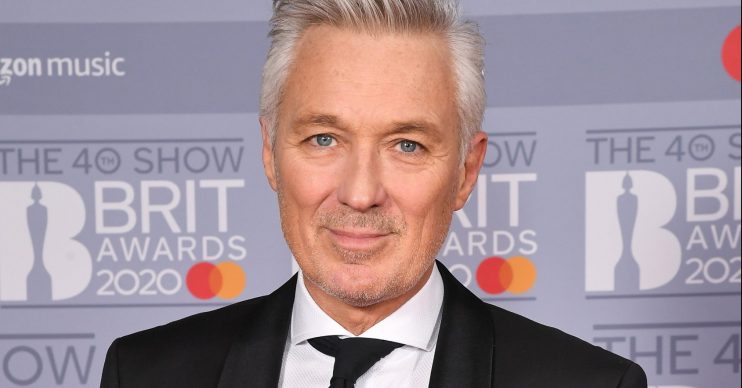 The 58-year-old Spandau Ballet musician has grown accustomed to female attention over the years.

But he has only just started to notice just how old his admirers are getting.

Speaking to Heat magazine, he said: “It’s all got a bit weird recently.

His son Roman Kemp is famous in his own right, and so Martin is also bombarded with women telling him they have a crush on the 27-year-old presenter, after years of the Capital Breakfast DJ hearing people say they fancy his dad.

‘My nan really fancies you.’ It’s a bit weird.

Martin – who is married to former Wham! backing singer Shirlie Kemp – said: “Whenever I go out now, all the girls say, ‘Oh I really fancy your son.’ So it works both ways now.”

Roman admitted he’s always been used to people having crushes on his dad.

Asked if he’s ever taken advantage of women approaching him to talk about the Gold hitmaker, he said: “I’ve never really been that type of person if I’m honest.

“It’s just part of my life that I’ve grown up with.”

Read more: Win £1,000 with our Grab a Grand competition

Martin insisted he never had reservations when Roman wanted to follow in his showbiz footsteps because he’s had such a great time over the years.

He said: “I’ve been in this business of entertainment for 50 years. I started when I was eight.

“I have had such a good time, it has been like living out an incredible dream – to be inside this entertainment bubble for that long.

“If Roman can succeed inside that bubble, it’s a lovely place to be and I’m happy for him.”