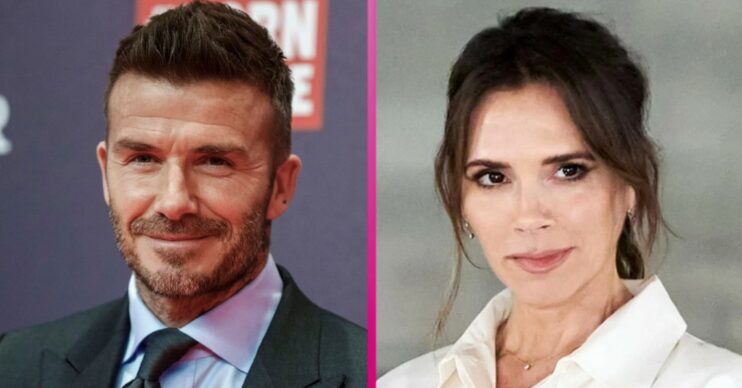 The fashion designer, 47, turned heads on social media today (September 5), as she uploaded a snap of her hubby showing off his bottom.

But while David, 46, was wearing swimming shorts in the post, fans were still delighted with the small glimpse.

In the shot, David was seen lounging on the poolside as he soaked up the sun.

The star looked incredible as he showed off his toned back, while his bottom peeped out from underneath his swimmers.

Clearly impressed by her view, Victoria cheekily shared the shot to her Instagram profile.

One wrote: “Happy Sunday indeed. Thanks for sharing.”

A second joked: “This will scar the kids but the rest of us love it.”

“Thank you honey. Really appreciate this,” a third added, while a fourth gushed: “A little cheeky hello from Mr Beckham.”

Meanwhile, another claimed that David had ‘broken the internet’ with the pool snap.

The star showed his face at the charity football match, which was held in Manchester.

During the event, David caught up with a number of his former football pals.

Taking to Instagram, he shared a string of photos alongside the likes of Wayne Rooney and Gary Neville.

In his caption, David penned: “So great being back with the lads. Such an incredible night for @UNICEF… Thanks to everyone that has supported @SoccerAid.”

David and his family are currently back in the UK following a break in Italy.

According to reports, the sports star was quizzed by the police during the holiday, after his kids were spotted jet-skiing.

Photos published by The Sun showed son Cruz, 16, on a jet ski in the water, while ten-year-old sister Harper later joined him.

An onlooker told the publication: “The questioning by the police went on for about 45 minutes although it all looked quite amicable.”