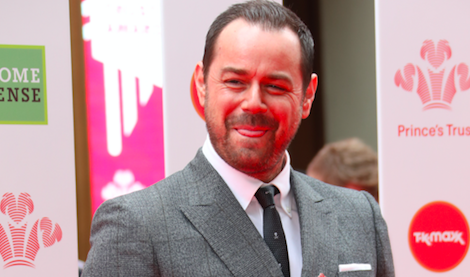 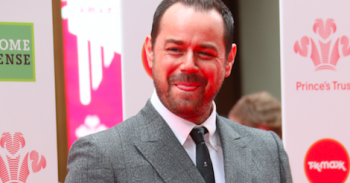 Danny Dyer declares he is a master of sex

Danny Dyer considers himself to be a “master” of sex, he’s told his young daughter.

The EastEnders actor – who plays Mick Carter on the BBC soap – made the tongue-in-cheek comment during his appearance on ‘Let’s Talk About Sex’, where he was sitting alongside his 11-year-old daughter Sunnie.

In the show, Danny asked his daughter whether she’d rather learn about sex from her teachers or from her “old man”, meaning himself.

Sunnie admitted she’d prefer to learn from her dad, but added: “You might not know all of it.”

The London-born actor – who also has kids Dani, 23, and Arty, five – quickly replied: “I think you’ll find I know quite a lot. I’m a master. That’s the right reaction.”

Read more: Masood to take the Vic off Mick Carter in EastEnders?

Meanwhile, Danny recently admitted that his wife forced him and their daughter Dani to both undergo colonic irrigations.

The actor claimed he was “bullied into” the derriere therapy – in which colon therapists flush out waste material from a person’s bowel using water – by wife Joanne Mas.

Danny – who made his EastEnders debut in 2013 – said: “I was bullied into it, to be fair. We have bowels and we’re supposed to naturally go to the toilet.

“But with a colonic – you’re sitting in a surgery with someone putting a tube up your [bleep] and you think, ‘What am I doing?'”

How did you tackle the sex conversation with your kids? Share your experiences with us on our Facebook page @EntertainmentDailyFix.