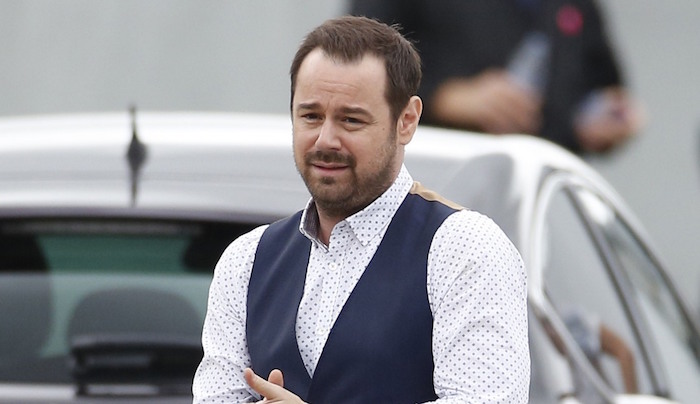 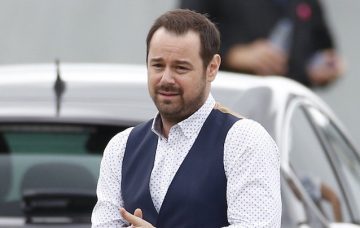 EastEnders actor got an eyeful of a spicy chicken burger

Joanne Mas caught husband Danny Dyer with an absolute zinger during a fierce bust up, a report claims.

The couple first started seeing each other in 1992, when soap favourite Danny was just 14.

However, they didn’t get married until the autumn of 2016.

And the next year they split for a couple of months over the summer following allegations he had an affair with former Girls Aloud singer Sarah Harding.

According to The Sun, mum-of-three Joanne has always been able to stand up for herself during her long relationship with Mick Carter actor Danny, 41.

Indeed, their eldest daughter Dani details in her new book how her mum has been moved to take direct action against her dad in the past.

What Would Dani Do? reveals Joanne once pushed a KFC Zinger burger into Danny’s eye as they argued.

Another occasion apparently saw her chop up all of her husband’s clothes.

It is also claimed Danny had a VHS cassette tape launched at his head and his car was hit with a broom.

Dani, 22, writes of her mum: “She’s not one to show her emotion through tears.

“She’s more likely to show her feelings with actions.”