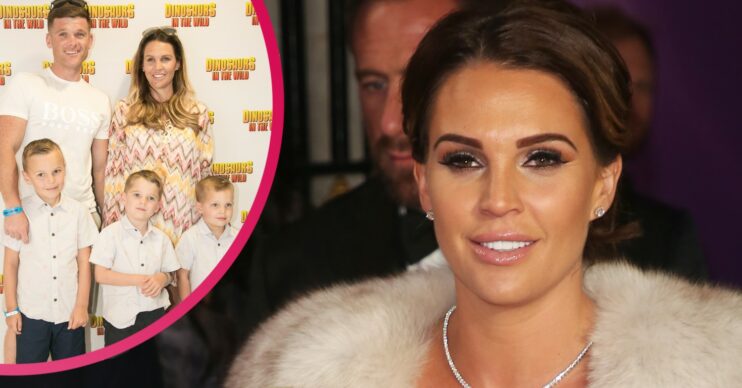 Danielle Lloyd has announced she’s given birth to a baby girl – after using a controversial ‘Babydust’ conception method.

The model, who’s married to husband Michael O’Neill, made the announcement today.

She told OK! magazine: “Friday we welcomed our beautiful baby girl to complete our family. We are all over the moon and both mummy & baby are doing well.”

However, she’s made no secret to wanting a daughter, speaking openly about her desire for a girl.

She even previously caused controversy by admitting she was considering a ‘gender selection’ treatment abroad as the process is illegal in the UK.

The couple announced she was pregnant in May, two years after suffering a miscarriage. In July she said she used the ‘Babydust Method’ in order to get a girl.

Scans later confirmed she had been successful in her attempts.

The Babydust Method, created by microbiologist Kathryn Taylor, is controversial but claims you can pre-determine the sex of your baby.

The Babydust Method claims its related to monitoring the luteinising hormone.

It requires extensive monitoring of your period and ovulation cycle, on the theory that sex two-three days before ovulation results in a girl, whereas as close to ovulation will ensure a boy.

In an interview with Cosmopolitan, creator Taylor claims she has an approximate 87% success rate.

However, she added that gender is expressive and encourages potential mums to question why they want to practice the method.

Ahead of trying the method, Danielle defended her decision to fight for a girl, after coming under criticism in 2018 for the gender selection treatment consideration.

Dispelling claims that she was ‘making a designer baby’, Danielle said: “It’s always been my dream to have a little girl. It’s about having that mix and bringing up a little girl.

“I know she might not be ‘girlie’ – she probably won’t be with 4 brothers – but it’s just about having a little mini-me almost.”