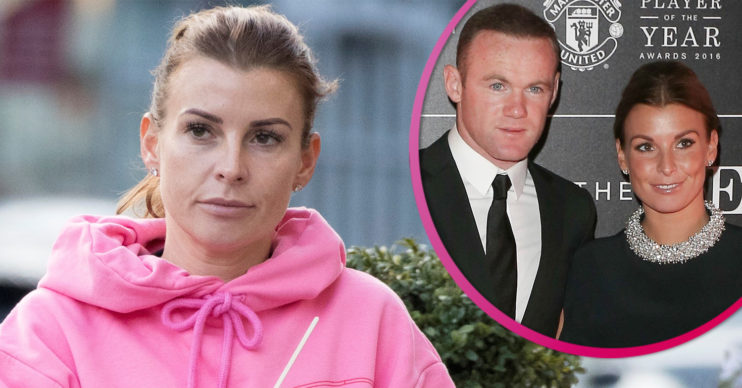 Coleen Rooney has denied she is pregnant with her fifth child and says she’s simply put on weight.

The WAG and wife of Wayne Rooney, 34, hit back at the rumours.

Coleen and Wayne are enjoying a luxury holiday in Barbados with their four sons.

After bikini photos surfaced, some fans wondered if she might be expecting baby number five.

But Coleen says this is simply not the case.

Taking to social media, she said she’s having a lovely holiday, despite the presence of paparazzi.

And she’s certainly not with child.

Addressing her some 1.2 million followers, she tweeted:

“Having a great time on our favourite Island, so lucky and grateful to be here.

“A lot of local paparazzi on the beach as always (doesn’t stop us all having fun) seen some unflattering photos out …but no am not pregnant for them asking. I’ve just put weight on.”

In the tweet she included a picture of her enjoying a glass of wine with her mum Colette.

Dozens of her fans pledged their support for the star.

One user tweeted: “I loved your black bikini you were pictured in, where was it from? You looked incredible btw, ignore the haters!”

Another user urged: “Look fabulous! Us woman have a womb so not made to have a flat tummy that area is meant to be rounded! So rude people making comments! X.”

Having a great time on our favourite Island, so lucky and grateful to be here💛. Alot of local paparazzi on the beach as always (doesn’t stop us all having fun) seen some unflattering photos out …but no am not pregnant for them asking 😂 I’ve just put weight on ☺️ pic.twitter.com/egrQC71Bzm

And a third replied: “Fancy that, a woman putting on a little weight enjoying a family holiday! You look beautiful as ever.. enjoy the rest of your holiday and ignore the negativity!”

However, other users appeared concerned by the apparent lack of social distancing during their holiday.

One concerned user warned: “Coleen, be safe out there with the kids and @WayneRooney.

“Don’t know safety precautions that is existing there but the pictures here suggests no one cares about the virus. I understand you wanna take some time out after the season but health comes first.”

And another urged: “Enjoy your break and stay safe and well done for using the yellow heart it means a lot to those of us who have lost people to Covid-19.”