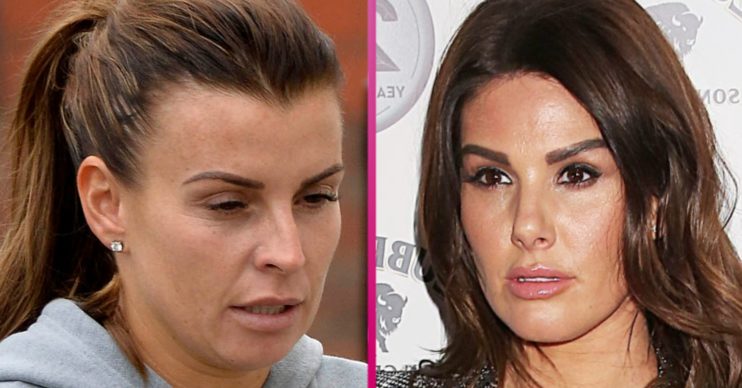 Wagatha Christie controversy could go to trial next summer

Coleen Rooney has shared a happy family snap with fans as the Rebekah Vardy Wagatha Christie drama rumbles on.

The mum-of-four proudly showed off her brood on Instagram yesterday evening (Tuesday, December 8).

Images showed her, footballer hubby Wayne and their boys enjoying an outing together at Dunham Massey.

The National Trust property in Manchester has a special Christmas lights display decorating its gardens and deer park.

Coleen Rooney gushes over her family amid Rebekah Vardy drama

And the Rooneys were all wrapped up warm for the occasion as they took in the glittering sights.

The five snaps included a couple of selfies as well as showing the six of them posing by displays.

Rebekah does not need to generate interest by trading the defendant’s or others’ private information.

The family seemed relaxed and happy together amid reports two other WAGS have been dragged into Coleen’s court war.

Which other WAGs reportedly had access to Coleen Rooney’s social media?

According to The Sun, Rebekah Vardy has named two other footballers’ wives as being privy to information on Coleen’s Insta.

Danielle was once married to Jamie O’Hara and Dawn is wed to Ashley Ward.

Neither Danielle nor Dawn are reported to have leaked information.

Rebekah is suing Coleen for accusing her as leaking details about Coleen to newspapers.

The papers allege she was warned: “If you play games with me, I will play them harder.”

How many other people might have been able to see Coleen’s posts?

Rebekah also claims Coleen’s private Insta was accessible to 367 other people when the leaks allegedly occurred. Journalists and PR execs are allegedly among that group.

Her legal team also indicated Rebekah has no need to leverage press interest.

They insisted: “The press are independently interested in the claimant and she is married to a famous footballer.

“She does not need to generate interest by trading the defendant’s or others’ private information.”

The paper also claim Rebekah continues to endure abuse due to Coleen’s allegations.

The two media personalities have until February to agree a deal and avoid trial in the summer of 2021.

During a preliminary hearing, Coleen claimed she had “reasonable grounds” to suspect Rebekah or those with access to her social media of breaching her trust.

However, Rebekah’s lawyers argued that the meaning of Coleen’s posts state that she had consistently and repeatedly betrayed her trust over several years.

Ent Daily has contacted reps for Coleen and Rebekah for comment.