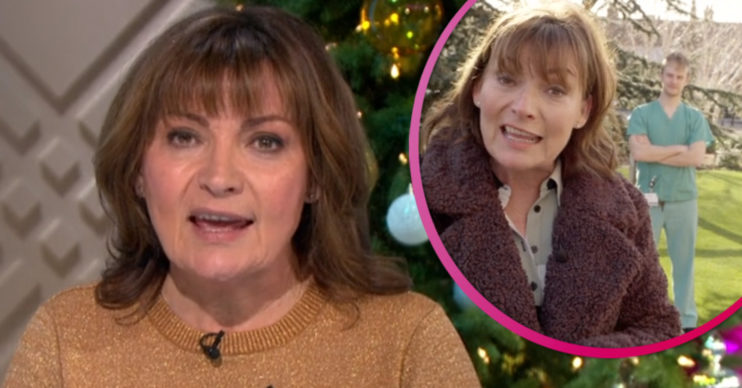 The presenter discussed the 2012 incident on Wednesday’s episode of her ITV show, Lorraine.

Lorraine, 61, explained she “wouldn’t be here today” if it wasn’t for the “incredible” staff who looked after her.

What happened to Lorraine Kelly in the accident?

Lorraine underwent life-saving surgery in 2012 after a horse trampled on her after she fell from it during a charity challenge.

She lost three pints of blood and was rushed to St George’s A&E in South London with life-threatening injuries.

Thankfully, Lorraine’s surgery was a success and she recovered from the accident over time.

What did Lorraine say on her show about the accident?

Lorraine said: “In 2012, I was involved in an accident after falling from a horse and being trampled during a charity challenge.

“I lost three pints of blood and needed urgent medical care, which saved my life.”

She continued: “We all know how hard our NHS workers toil away for us anyway.

“But because of this pandemic, they’ve been pushed to the limit. Not just physically, but mentally.

“That’s why we wanted to launch You Care, We Are.”

I lost three pints of blood and needed urgent medical care, which saved my life.

He said: “The Hospital Trust identified a temporary storage area to transform into a wellness room as well as an ambitious garden area for staff to take time out.”

Meanwhile, speaking to one hospital staff member, Lorraine thanked her.

She said: “Thank you for everything you do, you and your staff are remarkable.

“I don’t know where we would be without you. Thank you so much.”

Lorraine concluded: “Thank you to everybody who is working so hard. They need somewhere to come and just breathe.”

She told viewers: “That was such a lovely day and everybody at St George’s, a personal thank you from me.”