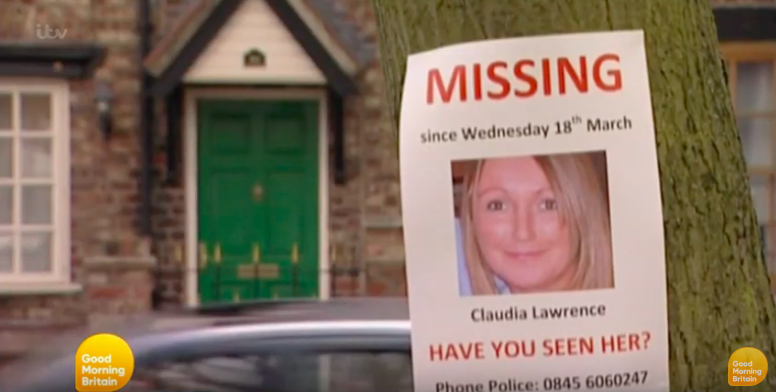 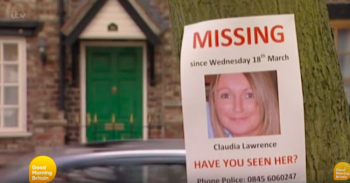 The pair have both tragically lost their daughters...

It’s been 10 years since chef Claudia Lawrence disappeared on her way to work, leaving her distraught mum Joan not knowing if her daughter was alive or dead.

Now the grieving mother has revealed how Kate McCann has been helping her through the “dark days”.

Joan has spoken of her exchanges with Madeleine McCann’s mum, whose three-year-old daughter went missing while on holiday in Portugal in May 2007.

She told Bella Magazine: “Over the years, I began to get in touch with the mums of other missing children.

“I exchanged letters with Kate McCann and met up with Ben Needham’s mum Kerry.

“We drew strength from one another, offering words of encouragement and affection on particularly dark days – of which, there are many.”

Sheffield-born Ben Needham disappeared in July 1991 on the Greek island of Kos.

Joan is also critical of the way North Yorkshire Police handled the case in the months after her daughter’s disappearance.

She told the magazine: “There was no sensitivity and no tact, and I never felt I was her mum at all. They were very, very unkind… desperately unkind.

“The first team made a huge mistake because they never once asked me about Claudia.

“They never ask me about her interests, her friends, anything like that.”

She also claims North Yorkshire Police did not carry out forensic tests until “five or six weeks” after her daughter went missing.

Joan, 75, goes on to say that she “thought of taking my own life” after the tragedy.

This week marks 10 years since Claudia was last seen in March 2009.

She was 35 when she disappeared without a trace on her way to the University of York, where she worked as a chef.

Five men held on suspicion of her murder were released without charge, however Joan still holds hope her daughter will be found alive.

The investigation into her disappearance was hindered by a lack of CCTV around the victim’s home, as well as the fact that she had neither a smart phone or a social media profile when she vanished.

What do you think about this story? Leave us a comment on our Facebook page @EntertainmentDailyFix and let us know what you think.