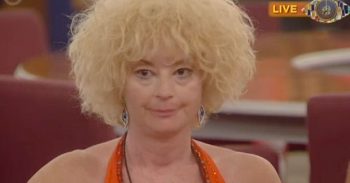 She then seized the opportunity to promote her single!

Celebrity Big Brother star Lauren Harries gave her thousands of Instagram followers more of an insight into her personal life than she intended this week.

The 41-year-old, who found fame as an antiques expert when she was a child, accidentally went live on her Stories as she enjoyed an intimate moment with a partner.

According to Digital Spy, the footage aired for 12 minutes before Lauren realised what she had done, and could then be heard saying, “oh my God, oh my God” before the feed ended.

Her followers found it amusing with many commenting on her recently posted images to poke fun at her.

“Thank you so much for sharing that moment with us!!!” wrote one.

“What a shock of a live feed that was,” said another.

“That hair will be a mess after that,” said a third.

Lauren then posted on Twitter: “All he wanted was oooweoo,” referring to a line in the single, Upadoo, she released after reaching the CBB final in 2013. She finished third in the Channel 5 series behind Charlotte Crosby and Five’s Abz Love.

“And we heard every single ooooweeeooo my love,” one of her followers replied.

Ent Daily has contacted a rep for Lauren for comment.

Lauren’s live slip hasn’t put her off posting on Instagram and she continues to keep her page and feed updated with images and videos.

Lauren recently amused her fans by sharing a video of herself showing off her body.

She said in the clip: “Stop begging to get back with me, Brucey. Take a good look at this, you ain’t gonna get this candy, babe.”