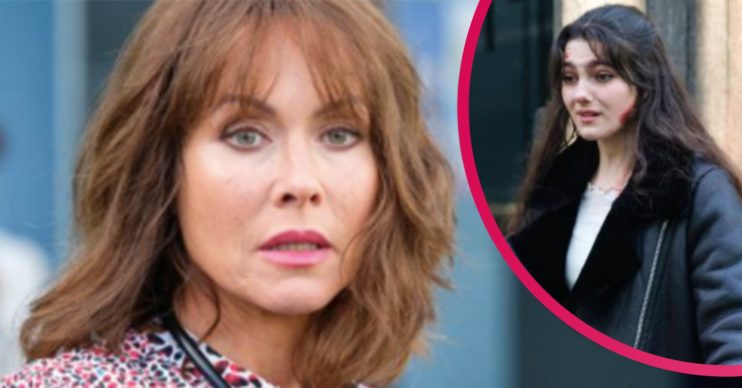 Her time is almost up!

Casualty actress Amanda Mealing has revealed major spoilers ahead of her exit.

The star, 53, has played Connie Beauchamp across Casualty and Holby City for some 18 years.

But the actress says that her exit storyline will not be a dramatic one.

Instead, it will feature Connie forming a stronger bond with her daughter, Grace.

The pair have struggled to connect, but a misstep on Grace’s part will ultimately bring them back together.

When Grace attempts to save her mate Ollie, terrible consequences ensue.

Her confession to her mother ultimately provokes Amanda’s departure.

Amanda says that she deliberately didn’t want the exit to be too dramatic or catastrophic.

Read more: Amanda Mealing ‘lined up for Strictly 2021’ amid exit

Speaking to Metro, she said: “We wanted a gentle, human, character-led story to be the reason for Connie leaving.

“I just thought it was lovely to be able to do that, and to go away quietly. Connie is such a dynamic character, so we expect big things but I wanted it to be a quiet goodbye.”

Why is Amanda Mealing leaving Casualty?

Amanda has said she is leaving Casualty because she wants a well-earned break.

The actress and director says she’s been a workaholic for years, and is now determined to get some R&R.

Meanwhile, speaking to Lorraine Kelly, she said that covering pandemic storylines was a huge honour.

And that ultimately, she feels her character has now served her purpose.

She said on Lorraine: “It was a huge honour to be able to do that and as I said, hear back from the medics who think we got it right.

“So I think that was one of the reasons why I thought I’ve achieved the best I can with Connie and with the show at this point.”

Will Connie Beauchamp return to Casualty?

Connie has insisted she is only taking a break from the show.

And that the door remains open for an anticipated return.

Indeed, Deborah Sathe, Senior Head of Content Production for Holby City and Casualty, said: “We are going to miss Amanda playing chief of the ED Connie. Connie has led the ED, her team, and our Casualty audience through COVID.

“The quest to restore Casualty to our screens was not an easy one, and we owe a huge debt to Amanda and the whole team for  delivering some of the most extraordinary episodes Casualty has ever broadcast. We look forward to welcoming Connie back onto our screens in due course.”

When is Connie’s exit episode on?

Will you miss her? Let us know on our Facebook page @EntertainmentDailyFix.