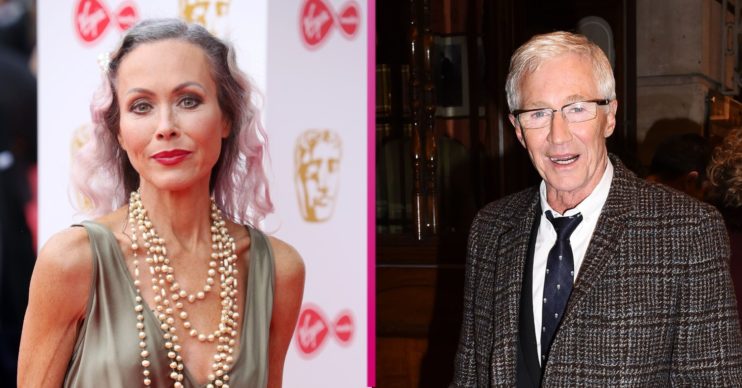 Amanda and Paul are good friends

Casualty star Amanda Mealing has revealed her friend Paul O’Grady surprised her during her farewell zoom call with her Casualty co-stars.

Last month, it was announced that Amanda would be taking a break from the BBC medical drama, where she plays Connie.

The actress appeared on Lorraine today (Friday, April 2) to talk about leaving the show. During the interview, she told Lorraine that she had a big surprise during her farewell zoom call.

She revealed that at the end of the call, her friends announced that her close friend Paul O’Grady, who is Godfather to her children, had been sat in on the call.

Speaking to Lorraine Kelly, she said: “I left without telling anyone.

“People find it very odd that an actor who gets up in front of hundreds or thousands of people, or millions with Casualty, would hate attention.

“But when it comes to personal things I’m not playing a character, they’re saying goodbye to me. And I’ve seen them do it with other people so I said ‘I’m not going to tell anyone, I’m just going to go.'”

She continued: “Charles Venn, once he knew, quite passionate cause from him asking me to stay and reconsider. He said ‘at least let me organise a farewell zoom.’

“And for an hour they played all these little videos they’d collated and we had a little chat. There was someone, hadn’t put their camera on, or had a bad connection and it just said ‘ooh ooh’, and this was an hour later.

“They said ‘and finally someone here to say goodbye to you’ and it was Paul O’Grady.

Read more: Is Dragons’ Den star Deborah Meaden married and how rich is she?

She laughed: “I’ve known that guy for 30 years, he sat for an hour and kept quiet. I don’t think anyone that knows him has ever heard him stay quiet for an hour, not even 10 minutes.”

Casualty airs Saturdays on BBC One at 8.20pm.

Have you been watching Casualty? Leave us a comment on our Facebook page @EntertainmentDailyFix and let us know what you think!